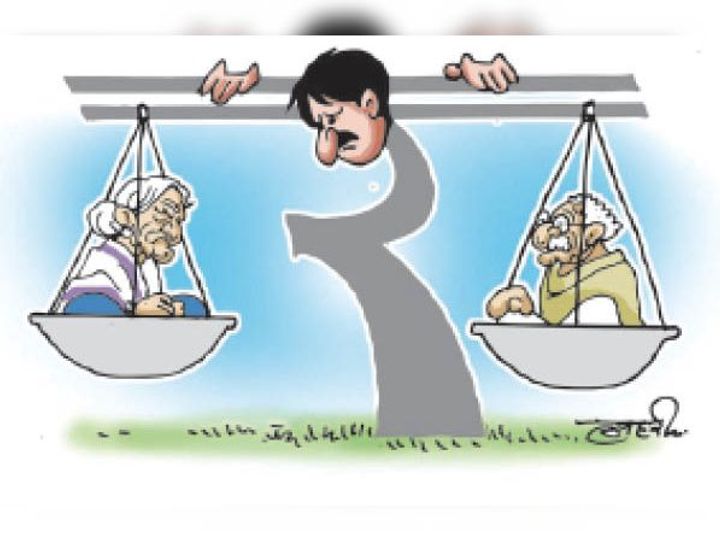 Big recommendation: be a special officer in the police for senior citizens

Ignoring parents or in-laws or inheriting ancestral property can be costly to the offspring. The amendment bill related to it will be introduced in the second phase of the budget session of Parliament starting on 8 March. It has stringent provisions to ensure the alimony of the elderly and dignified life.

The Maintenance and Welfare of Parents and Senior Citizens (Amendment) Bill, 2019 introduced in the Lok Sabha two years ago, has been approved by the Parliamentary Standing Committee. Recommendations have also been given for concrete implementation on this. The committee has described the system of including sons-in-law, daughters-in-law and adopted children or step-children or relatives in property category as a good step.

The limit of maintenance allowance is not fixed, it will be decided according to the needs and income

The committee agreed that in the absence of children born of the womb, the elders will be able to claim their livelihood from these children. The legal guardians of grandchildren and minor children have also been recommended as children and the father-in-law, mother-in-law and grandparents are also considered as guardians.

Now any such legal heir of childless elderly person will be within the scope of the child who holds the right to their property or the elderly can do so after death. If someone is a minor, his / her guardian will be held responsible for the alimony as a relative.

Clothing, housing, security, medical assistant, treatment and mental health are also being added to senior citizens’ welfare. 10 thousand for alimony. Month limit is being removed. The allowance will be determined according to the needs of the parents and the income of the child. There will be no capping on this.

17 crore senior citizens will have a better life

Currently there are 12 crore senior citizens. 5 crore will increase in the next five years. In such a situation, dignified life is the priority of the government for this large population. The committee recommended that the elderly be connected to digital, financial literacy. Workers with a sole child of parents received special leave. In every police station, there should be an assistant sub-inspector or a nodal officer of great rank for the elderly. Be a separate healthcare center, there should be counseling.

Corona in the world: Biden’s medical advisor said – We were the weakest in the fight against Corona, so many deaths would not have taken place if taken rightly.