The situation worsened in Myanmar: the army opened fire on those opposing the coup, news of some people being killed 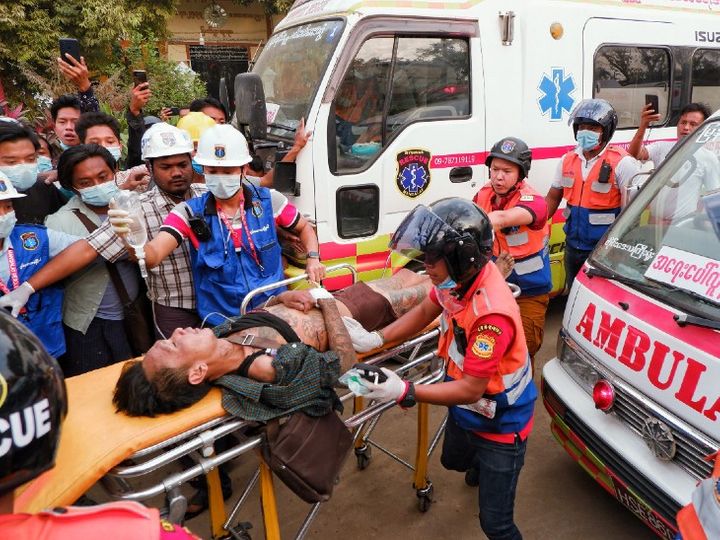 In Myanmar’s second largest city of Mandalay, the army twice fired on the protesters on Saturday. There are reports of some people being killed. However, this has not been confirmed.

Things are getting worse after the February 1 coup in Myanmar. On Saturday, the army opened fire on those opposing the military coup. According to the news agency, some people have died and a large number of people have been injured in the incident. Meanwhile, trains of the International Red Cross were also targeted.

US media reports say two protesters died in Saturday’s firing. However, Myanmar’s army neither confirmed the firing nor the casualties.

Internet off, therefore not getting accurate information
The Myanmar Army has blocked the Internet in the country since the coup. The army is using the Internet in a very vicious manner only for its propaganda. The Army held the press conference twice and was live-streaming both times. During this time, an attempt was made to tell the world through internet that everything is going right in the country.

Sudden firing on protesters
A report released on Saturday evening by the ‘Los Angeles Times’ reported that there were twice firing on Saturday. First time in Mandalay city and second time in a town some distance away from it. Mandalay is the second largest city in the country and is mostly inhabited by business communities. These people have old business relations with India and China.

On Saturday, locals protested at a crossroads. Around 8,000 people were present in this demonstration. At the same time, at first the army released tear gas shells. Shortly afterwards firing was done. Some footage of this has also been revealed, although these were not confirmed. It is believed that curfew can be imposed in most parts of the country on Monday or Tuesday. Army sources have indicated this.

Myanmar army spokesman Brigadier General J Min Tun held a press conference for the first time on Tuesday after the coup. Said- Our effort is that new elections should be held in the country at the earliest and hand over power to the party that wins. Despite being asked several times, Min did not say when new elections would be held. This much is said that the emergency will not be removed before one year. It also made it clear that the army does not want to stay in power for long.

Min said- We guarantee that elections will be held. The Army briefly opened the Internet and the press conference was live-streamed.

Aung San Suu Kyi is not in custody

In response to a question, Min dismissed outright that a party leader had been detained. He said- All the leaders are in their homes. Their security has definitely been increased. We also want to make it clear that there is no change in Myanmar’s foreign policy.

However, whatever the army is saying, the people of the country are not ready to trust its words. There are continuous protests here. The world is afraid that due to the shutdown of the Internet, army atrocities on people will increase and its reality will be very difficult.