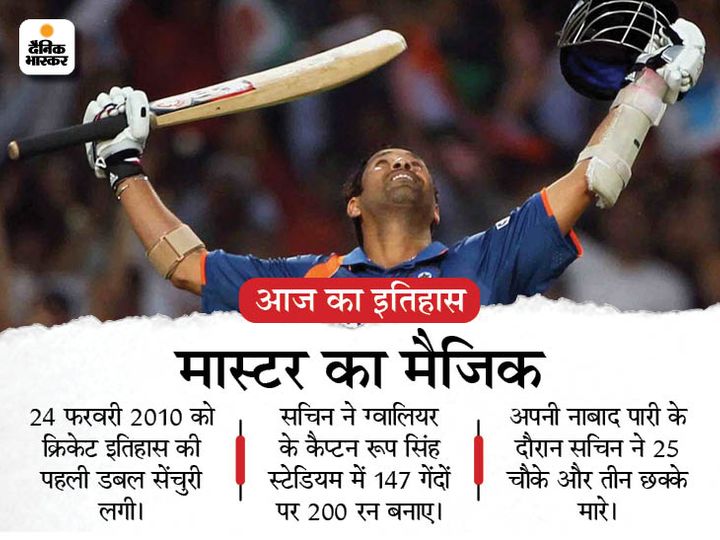 The first ODI match in cricket history was played on 5 January 1971. After 39 years, 1 month and 19 days, ie on 24 February 2010, the first double century of cricket history started. Nobody else could do this feat, Sachin Tendulkar was the biggest star of the cricket world.

The ODI series was going on between India and South Africa. On 24 February 2010, the second match of the series was at the Captain Roop Singh Stadium in Gwalior. India captain Mahendra Singh Dhoni won the toss and decided to bat first.

Sehwag reached the crease with Sachin, but the first wicket fell at a score of just 25 runs. Sehwag was caught by Wayne Parnell in the hands of Dale Steyn. Sehwag was able to score just 9 runs, but after that Sachin had two important partnerships with Dinesh Karthik and then Yusuf Pathan, bringing the team score to 300. When Yusuf Pathan was out on the first ball of the 42nd over, India scored 300 runs.

After that, Dhoni landed an unbeaten partnership of 101 runs in the last 55 balls with Sachin. Sachin completed the first double century of cricket history by taking 1 run off the third ball of 50th over. Tendulkar faced 147 balls and hit 25 fours and three sixes. With this, he also broke the record for the highest score of 194 runs made by Pakistan’s Saeed Anwar 13 years ago. Sachin returned unbeaten with Dhoni scoring 200 runs.

The record of the highest score of 200 runs was kept in Sachin’s name for only one year 9 months 14 days. On 8 December 2011, Virender Sehwag, who considered Sachin as his ideal, broke Sachin’s record by playing 209 runs at the Holkar Stadium in Indore.

Sehwag was the captain of Team India in this match against West Indies. Sehwag became the first captain to score a double century. There was another special thing in these two matches. In both the matches, Team India defeated the opposing team by 153 runs.

Important events in the country and the world on 24 February…

2020: Producer Harvey Winstein was convicted in the sexual assault case. He was accused of rape and abuse by around 70 women. Only then the ‘Me Too’ campaign started all over the world.

1991: The US Army began ground operations during the Gulf War. Three days later, Baghdad Radio announced that Iraq would accept the UN’s resolution. With this, Kuwait gained independence from the occupation of Iraq.

1981: The wedding of Prince Charles and Lady Diana of Britain was formally announced by Buckingham Palace. The marriage took place on 29 July this year.

1976: The new constitution came into force in Cuba. Fidel Castro, who was then Prime Minister of Cuba, became the President of Cuba.

1967: The seventh and last Nizam of Hyderabad, Mir Osman Ali Khan, died. Usman Ali was once the richest man in the world.

1942: Voice of America made its first broadcast in German to respond to the propaganda of Nazi leaders.

1868: Andrew Johnson was the first President of the US who faced impeachment. On this day, 126 votes were cast in the House of Representatives of America in favor of impeachment against 47 votes against it.

1739: The battle of Karnal was fought between the Iranian invader Nadir Shah and the Mughal ruler Mohammad Shah. 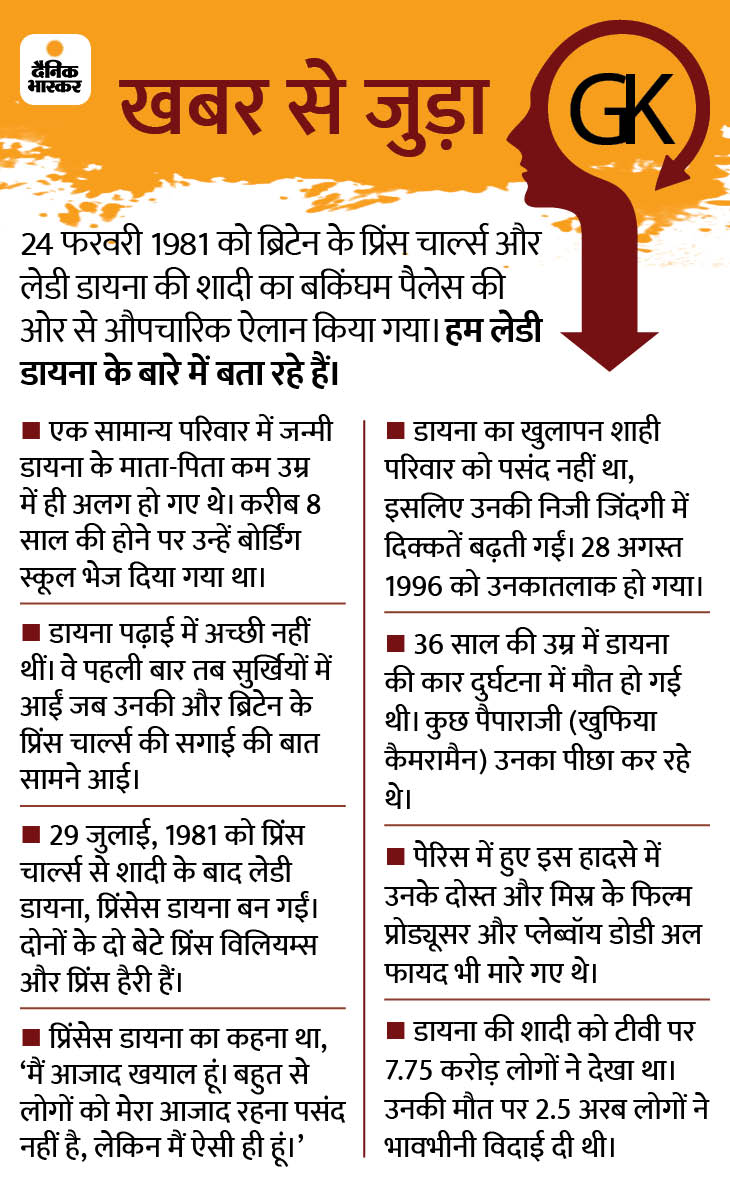 Good news related to travel: now passport will be your face at Dubai Airport, biometric technology will identify passenger