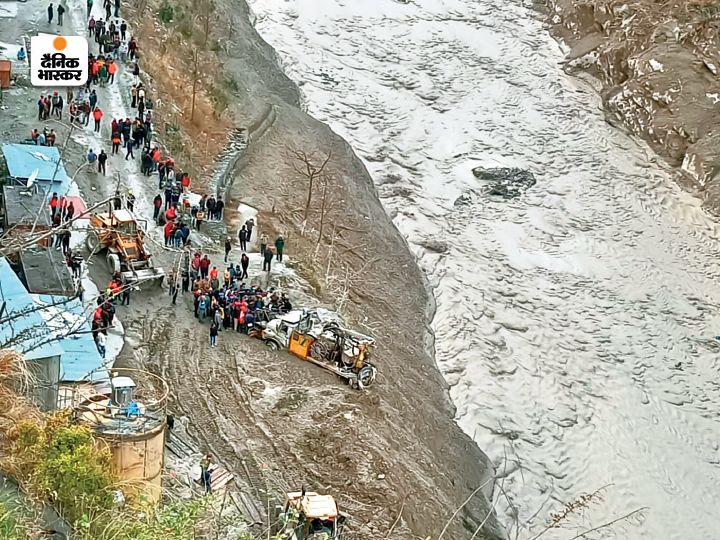 Teams of NDRF, SDRF, ITBP and administration are continuously conducting rescue operations in Chamoli’s Tapovan. The search for dead bodies continues under the rock-like debris.

On Saturday, 5 more bodies have been recovered from debris deposited near Tapovan Dame in Chamoli, Uttarakhand. With this, the number of people killed in the accident due to the breaking of the glacier on 6 February has risen to 67. A search operation is still on at NTPC’s tunnel in Tapovan.

The rescue team also feared some more bodies buried under the debris surrounding it. NDRF and SDRF teams are using dog squads, binoculars, rafts and other equipment to find people there.

On February 6, when the glacier collapsed, it was flooded
The glacier broke into the Rishiganga River at Tapovan in Chamoli at around 10:30 am on Sunday morning. This led to flooding in the surrounding areas. This river meets the Dhauliganga by going to Raini village, hence the water level has increased rapidly there too. Two power projects and a bridge constructed by the Border Road Organization were also destroyed in the flood. 206 people were reported missing in this disaster. Since then, continuous rescue operations have continued.

Continuous monitoring of the water level of the rivers
Meanwhile, the SDRF has installed a water sensor in the Rishiganga river near Raini village. This alarm will start ringing before the water level in the river rises. People will be able to hear its alarm for a distance of one kilometer and reach safe places in time.

Click to read the news related to this accident ..

Bihar News; Shahnawaj Hussain changes alloted Bunglow in Patna saying pigs near house | Pig is sitting next, there is Dom Colony… The Minister’s official bungalow was changed in a day

Bihar News; Shahnawaj Hussain changes alloted Bunglow in Patna saying pigs near house | Pig is sitting next, there is Dom Colony… The Minister's official bungalow was changed in a day