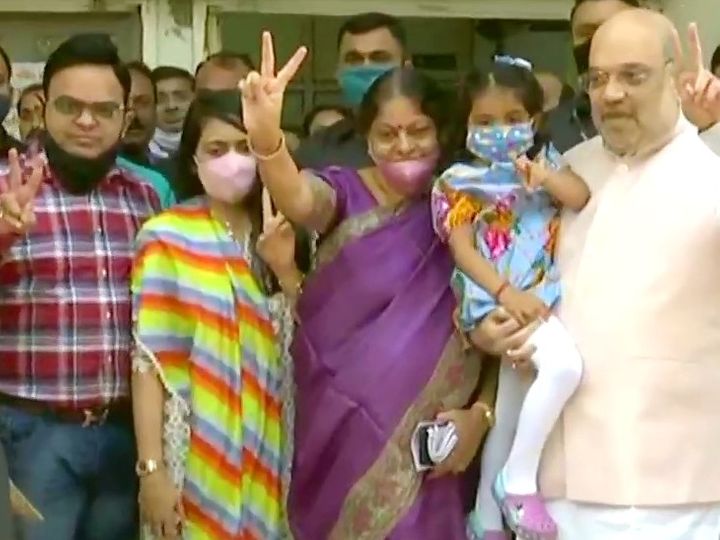 Elections are being held for 6 municipal corporations in Gujarat on Sunday. Voting continues in Ahmedabad, Vadodara, Surat, Rajkot, Jamnagar and Bhavnagar. Home Minister Amit Shah cast his vote along with the family at Naranpura booth in Ahmedabad. Voting will run till 5 pm. The counting of votes will take place on 23 February.

According to the Election Commission, Gujarat has a total of 1.14 crore voters, of which 60.60 lakh are males and 54.06 lakh females.

On the other hand, Asaduddin Owaisi’s All India Majlis-e-Ittehadul Muslimeen (AIMIM) has also fielded candidates in 6 wards of Ahmedabad for the first time.