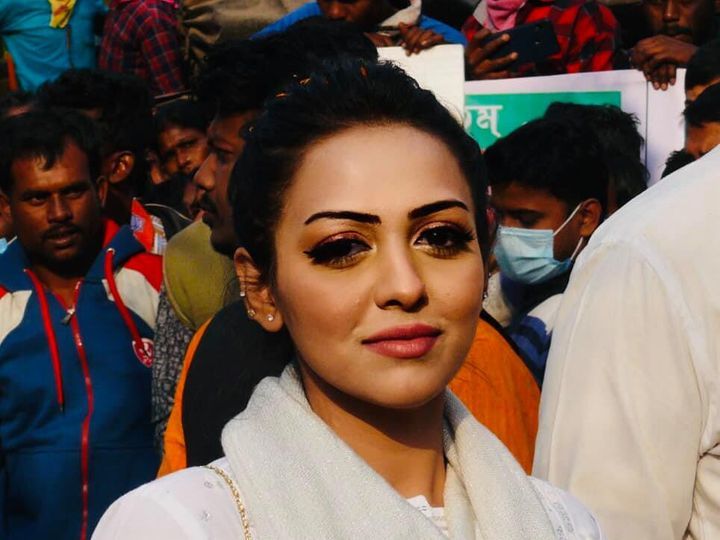 Pamela and her partner Prabir Kumar were arrested by the police on 19 February along with Kokin. He made serious allegations against Rakesh Singh. (File photo)

Police have arrested BJP leader Rakesh Singh in West Bengal BJP Youth Wing Leader Pamela Goswami Drug Case. The Kolkata Police had given notice to a leader close to BJP leader Kailash Vijayvargiya for questioning but he did not come. The police then arrested him from Bardhaman.

Conducted search operation in the evening
According to media reports, earlier the police’s Anti Narcotics Team and Detective Department conducted a search operation at the BJP leader’s house in the evening. After this, the Detective Department of Police took two sons of Rakesh Singh into custody. His name is said to be 25 years old Shubham Singh and 21 years old Saheb Singh.

Pamela accused Rakesh
Pamela was produced in court on 20 February. During this, Goswami told the court that he had been implicated under the conspiracy. He had made serious allegations against Rakesh Singh, a leader close to BJP leader Kailash Vijayvargiya, and demanded his arrest. He also demanded a CID inquiry into the matter.

Pamela was arrested on 19 February
Pamela and her partner Prabir Kumar were arrested by the police on 19 February along with Kokin. 100 grams of cocaine was found in Pamela’s bag. Its price in the market is being told about five lakh rupees.

Xioami’s new phone will get curved waterfall display, there is no button, bezel and port