A group of hackers breached security: Hackers hacked 1.5 lakh CCTV cameras in the US, also got live feeds from women’s hospitals, schools and Tesla 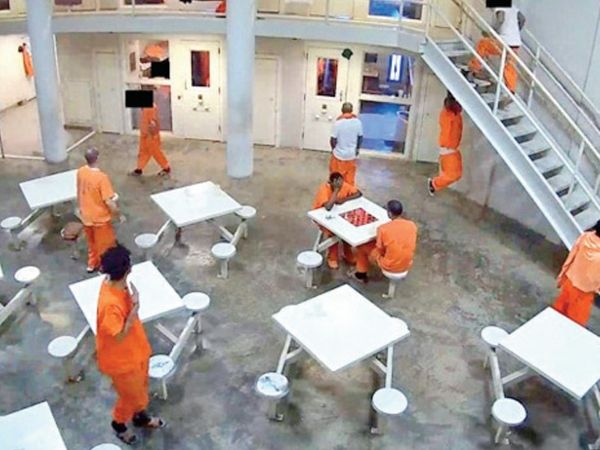 A group of hackers broke into the security of several US companies and institutions by hacking 330 cameras at the Madison County Jail.

A group of hackers have breached the security of many US companies and institutions. The hacking has hacked into the live feed of 1.5 lakh CCTV cameras installed in hospitals, companies, police departments, jails and schools. Companies whose camera data leaked include Tesla and Cloudflare.

The footage was obtained by hacking the systems of Verkada, a Silicon Valley startup offering cloud-based security camera service. Hackers also hacked photographs inside the women’s hospital and CCTV footage of Verkada’s offices. Many of these cameras use facial recognition technology.

Tesla’s video shows employees in Shanghai working on the assembly line. Hackers reported that they had live feeds of 222 cameras at Tesla’s factories and warehouses. At the same time, he also obtained footage of criminals being interrogated at the Massachusetts and Stugton Police Departments.

Hacker Tilly Kotteman, involved in hacking, said that the hacking was done by a team of international hackers, the aim being to show how massive cameras are monitored and how easy it is to break the system.

They have also hacked Intel and Nissan company data earlier. Tilly reported that the ‘Super Admin’ account accessed Verkada, connecting them to all customers’ cameras. For this, they got a username and password for the publicly existing admin account on the Internet.

There is a bigger danger for us than China. The data of everything connected to CCTV, mobile or TV net will go to China. That is, what we are seeing on the screen, China can also see. Most of the country’s technology is made in China. AC, TV, car are also net based, so there are more chances of hacking. Chinese hardware should be avoided even if a little expensive. Countries like Europe are using data encrypted technology in CCTV. Like Israel, Russia, America, we also have to build our security system.

Jodhpur: University will teach how to take care of the elderly? Employment course will be launched today

Jodhpur: University will teach how to take care of the elderly? Employment course will be launched today