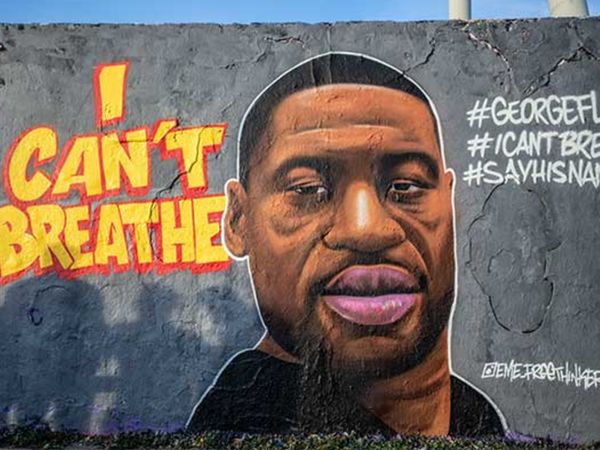 On May 25 last year in Minneapolis, Floyd was arrested by police on charges of fraud. Floyd was killed in custody. There were protests all over the world against it. (File photo)

Voting in favor of unanimous agreement
Council member met privately about the agreement. He then came for the public session and unanimously voted in support for such a large amount. The Floyd family’s lawyer, Ben Crump, called it the largest settlement ever for a civil rights claim.

The case was filed for violation of federal civil rights
This settlement has resulted from a case filed by the Floyd family against the Minneapolis administration in July last year for federal civil rights violations. Floyd’s brother Rodney said that the message from the agreement is clear that we should stop such incidents.

The jury of six people will hear the Chauvin case
At the same time, six people have been selected in the jury for the hearing against Chauvin in the case of Floyd’s death. There is also a person in it, who said that he has a very negative image about Chauvin. The judge has framed charges of third degree murder against Chauvin in this case.

Floyd died on 25 May last year
On May 25 last year in Minneapolis, Floyd was arrested by police on charges of fraud. Earlier, police officer Derek Chauvin grabbed Floyd on the road and held his neck with his knee for about eight minutes. Floyd had handcuffs in his hands. In this, 46-year-old George continued to plead with the police officer to remove his knee.

The video of the incident also went viral. In which he said, ‘Your knee is on my neck. I am not able to breathe…. “Gradually, her movement stops. After this, the officer says, ‘Get up and sit in the car’, then there is no response. During this time a lot of crowd gathered around. He was rushed to the hospital, where he died.

Samsung’s great offer, you can get new smartphone Galaxy M12 for free; Will get 6000mAh battery