Aishwarya Rai Bachchan paid tribute to his father Krishnaraj Rai (Krishnaraj Rai) on his death anniversary, remembering him and also wrote an emotional note with his picture on social media.

Mumbai. For a daughter, if there is someone most beloved in the world, then she is his father. His father was also the most special for Bollywood actress Aishwarya Rai Bachchan. She is no longer in the world, but Aishwarya remembers him every moment. On the death anniversary of his father Krishnaraj Rai, he paid tribute once again remembering him and also wrote an emotional note with his picture on social media.

Aishwarya Rai Bachchan (Aishwarya Rai) often shares pictures on social media. Recently, he also shared an emotional note, sharing two pictures on the death anniversary of his father Krishnaraj Rai. In this post, he has shared a picture of his father as well as family, in which Aishwarya is seen with her mother Brinda and daughter Aaradhya. Sharing these pictures, he wrote- ‘We love you infinitely. You and us … always and beyond ‘. In the first picture, Aishwarya has shared her father, in which flowers are seen on her photo. At the same time, the actress is seen in the second picture with her mother and daughter Aaradhya. All three are seen sitting next to the picture of Krishnaraj and taking a selfie. 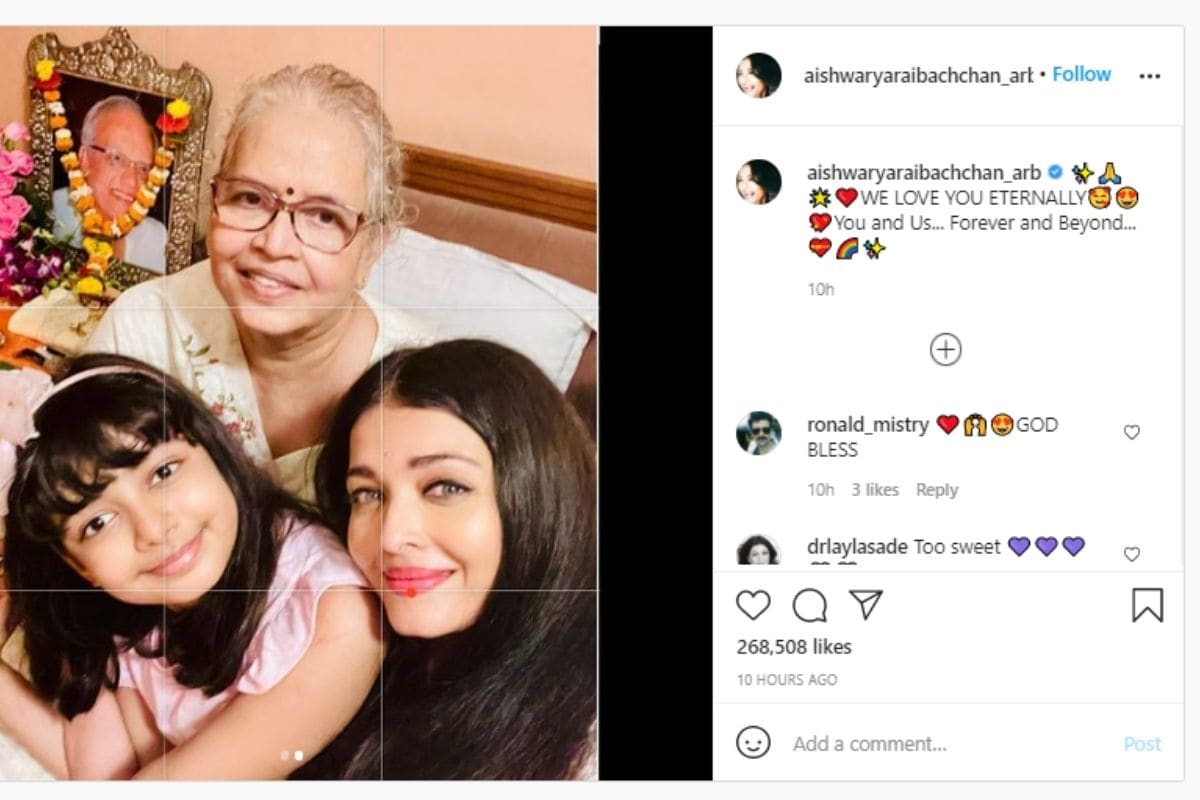 People are giving a lot of reaction to these pictures of Aishwarya. Let us tell you that in the year 2017, after a long illness, he died in Lilavati Hospital in Mumbai. He retired from the Army as a biologist. Aishwarya Rai’s family is originally from Mangalore, which later shifted to Mumbai.

Talking about the workfront, Aishwarya Rai is going to be seen in an important role in the upcoming Tamil film Ponniyin Selvan, for which she has also traveled to Hyderabad with her husband Abhishek and daughter Aaradhya.

HBD: From the very first film, Tanushree Dutta made people ‘Aashiq’, then suddenly came in the headlines from #MeToo

Akshay Kumar meets CM Yogi for the film ‘Ram Setu’, talks on Film City in UP

Akshay Kumar meets CM Yogi for the film 'Ram Setu', talks on Film City in UP