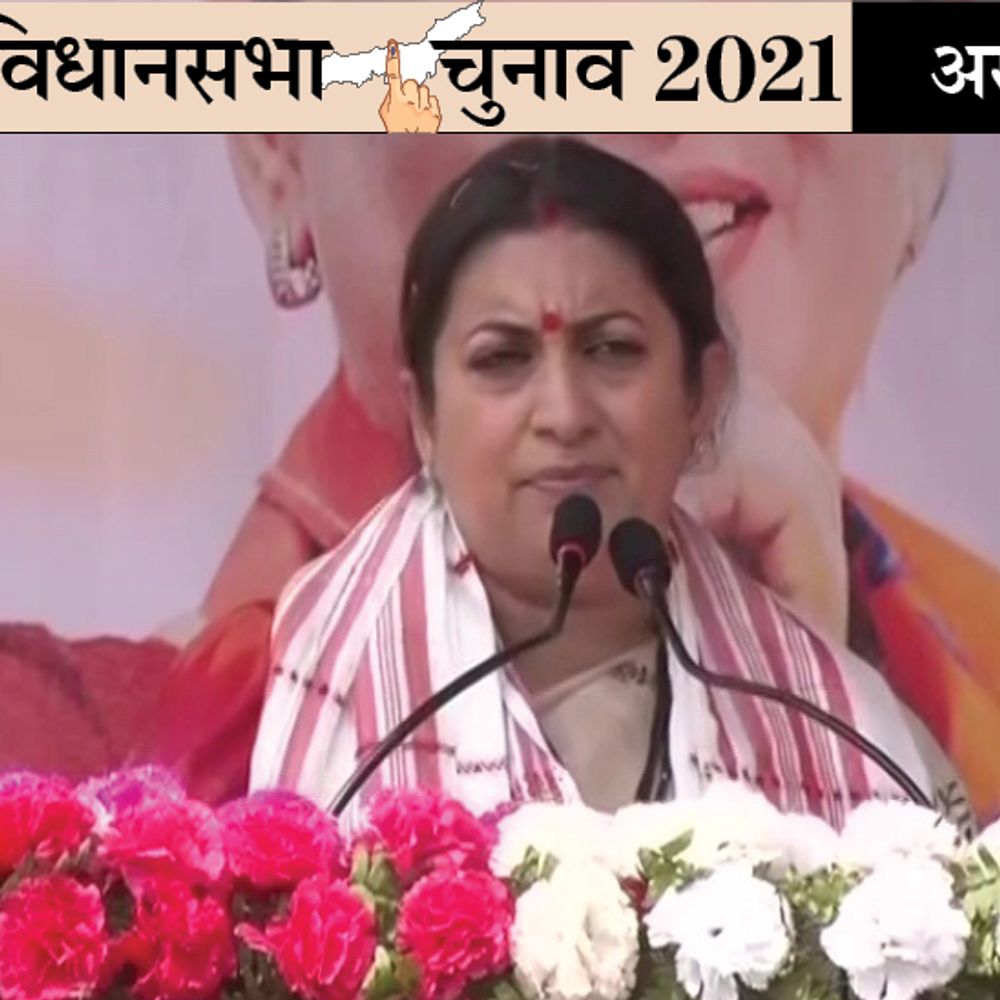 Union Minister Smriti Irani said that some big leaders of Congress have reached Rajya Sabha from Assam. The Prime Minister has also been there, but he did nothing for the good of the state.

Union Minister Smriti Irani arrived in Assam on Saturday to campaign for the Assembly elections in Assam. Here he addressed a public meeting in Mariani. He said that Congress is the most corrupt party in this country. In the current era, only BJP is working for the benefit of the poor. Therefore, I appeal to the people to vote for the BJP only to take advantage of the schemes of the Center and the state.

Target shot at Manmohan Singh
Without naming former Prime Minister Manmohan Singh, he said that some big leaders of the Congress have reached Rajya Sabha after electing them from Assam itself. The Prime Minister has also been there, but he did nothing for the good of the state. Prime Minister Modi’s government has made it possible that today AIIMS has opened in Assam.

He said, ‘When a senior Congress leader was alive, he said that Badruddin Ajmal should not join hands. After his death, the Congress party went and shook hands with the same people, who want to attack the history of Assam, the caste tribes of Assam.

Three phase elections in Assam
Elections are to be held in three phases on March 27, April 1 and April 6 for the 126 seats of Assam. There are a total of 47 seats in the first phase. Voting will be held in 39 seats in the second and 40 seats in the third phase. The counting of votes will take place on 2 May.

Is Adidas giving shoes for free on Women’s Day? Learn the truth of this viral message coming on WhatsApp