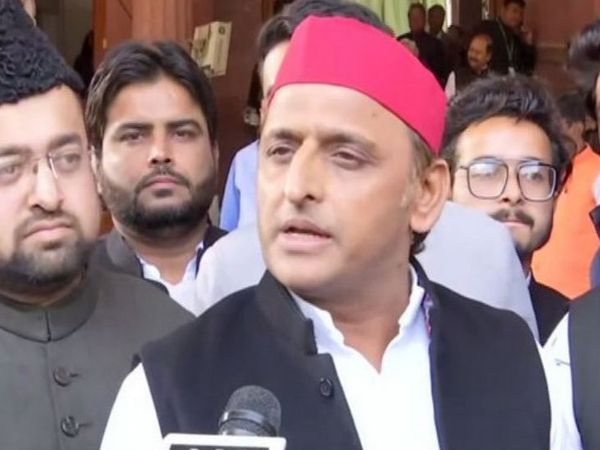 On March 11, during a press conference of Akhilesh at a hotel in Moradabad, there was an incident of assault on journalists.

An FIR has been lodged against former Uttar Pradesh Chief Minister and Samajwadi Party chief Akhilesh Yadav. 20 unidentified Samajwadi Party activists, including Akhilesh, have been accused in the case of beating journalists at a hotel in Moradabad. On March 11, during a press conference of Akhilesh at a hotel in Moradabad, there was an incident of assault on journalists.

Police has started investigation by registering a case at Pakbada police station. The FIR has been registered under sections 147 (rioting), 342 (wrongful restraining), and 323 (injuring) of the IPC.

There was a dispute over asking personal questions
National President of the Indian Press Awareness Association Awadhesh Parashar told Pakbada police that former Chief Minister Akhilesh Yadav and his workers were at the Holi Day Residency Hotel on Delhi Road, Moradabad on the evening of March 11. The former chief minister was giving press talks. After the press conference was over, some journalists in the hotel lobby asked Akhilesh Yadav some personal questions.

The Chief Minister was angry at this. Akhilesh Yadav then instigated his security personnel and party workers to attack the journalists. After this, the security personnel and SP workers of the former Chief Minister cracked down on the media persons. He ran and beat up the media persons. Many journalists suffered serious injuries in this. Treatment of injured journalists is going on in the hospital.

After the incident, journalists gave an application to Moradabad SSP to register a case against Akhilesh Yadav. After this, the order to investigate the attack was given to the police by the Commissioner of Moradabad Division, Anjaney Kumar Singh.

BJP leaders targeted Akhilesh
Law and Justice Minister of Uttar Pradesh, Brijesh Pathak, condemned the attack on journalists and made a scathing attack on Akhilesh Yadav. He said that people should be cautious of those who put on red caps. . Several journalists have suffered serious injuries in the incident. This is a direct attack on the fourth pillar of democracy. This is not new to SP. Whenever the Samajwadi Party has been in power in the state, the fourth pillar of democracy has been attacked.