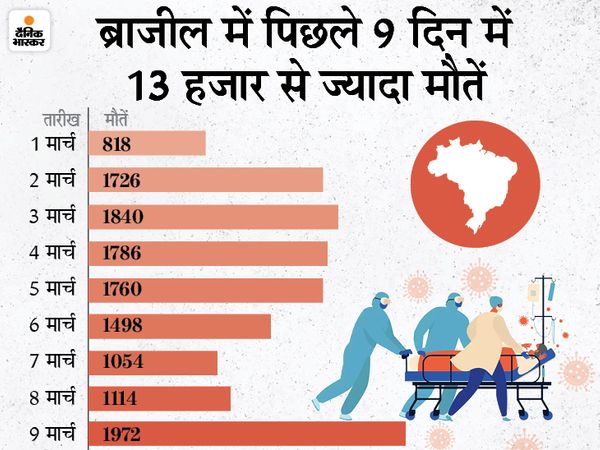 Corona continues to wreak havoc in Brazil. Here 1972 infected have died in the last 24 hours. This is the highest number of people who lost their lives in one day from this pandemic. Earlier this month, on March 3, 1840 people died. 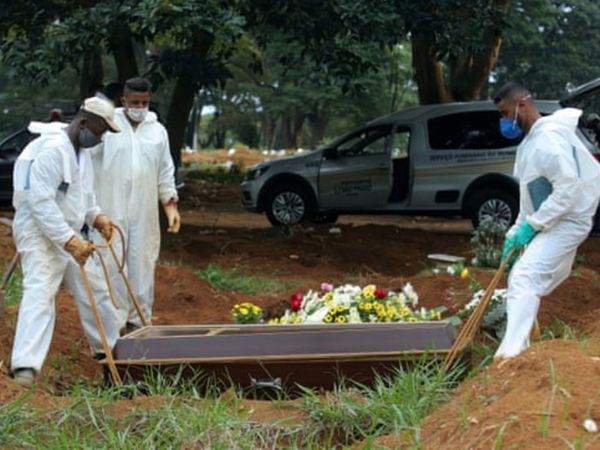 This photo is from Brazil. Every day more coronas are getting infected here than in America. In the 9 days of March, more than 13 thousand people have died due to the epidemic here.

AstraZeneca’s first batch reached Afghanistan
The first consignment of 4.68 lakh doses of corona vaccine from Serum Institute of India reached Afghanistan. Afghanistan Ambassador to India Farid Mamundje gave this information on social media on Tuesday. He thanked India for this and said that these vaccines will help us save lives and prevent the spread of the virus.

Health Minister of Australia, Corona
Australia’s Health Minister Greg Hunt has been admitted to the hospital after an infection. The government gave this information on Tuesday. Hunt was given the AstraZeneca vaccine on the weekend. Hunt’s office issued a statement saying that his health was constantly being monitored and a liquid diet with antibiotics was being given. 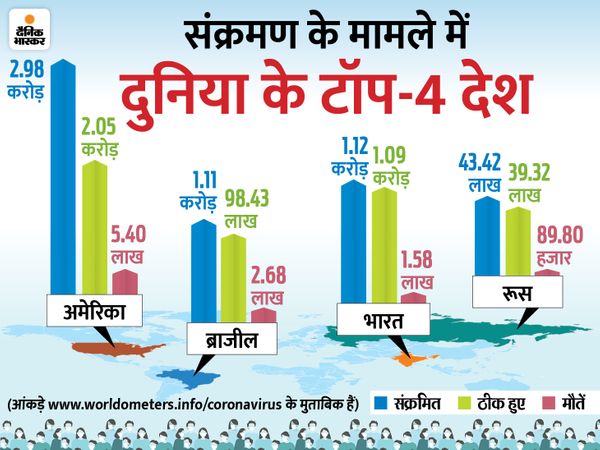 Corona vaccination speeds up: more than 100 countries in the world put more than 300 million vaccine doses to their people, India at number four