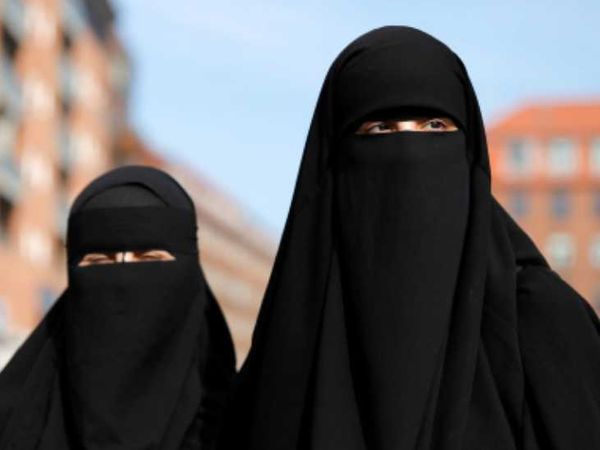 After Switzerland, Sri Lanka has also decided to ban the wearing of burqa. Along with this, there is a preparation to close more than 1 thousand Islamic schools across the country. Public Security Minister Sarat Veerashekhara said in a press conference on Saturday that wearing a burqa has been banned for national security. I wrote a letter for Cabinet approval on Friday. The cabinet has approved this. Now the Parliament will put the final stamp on this decision.

Veerashekhara said that earlier Muslim women and girls never wore burqas. It is a symbol of religious extremism, which has come into vogue recently. We will ban it for sure. Following the terrorist attacks on churches and hotels on Easter in 2019, this country, which believed in Buddhism, had temporarily banned the wearing of a burqa. More than 250 people were killed in these attacks. Then there was a mixed reaction to this decision. Some activists said that it violates the religious rights of Muslim women.

Ordered to burn the Muslims who died of Corona
After being elected president last year, Gotabaya Rajapaksa promised to end extremism in the country. Rajapaksa is known for crushing a decades-long rebellion in the northern region of Sri Lanka.

Last year, the Sri Lankan government ordered the Muslims who died due to Corona to be burnt rather than buried. Apart from the US, it was criticized by many international human rights groups. The decision was withdrawn earlier this year.

51% of people in Switzerland voted against Burke
In the referendum held in Switzerland, 51.21% of the people have voted in favor of banning the burqa. It is believed that a law can be made on this here now. This proposal was brought about 1 month ago. When people opposed it, the government decided to hold a referendum. If a law is made on this, women here will not be able to leave in public places by covering them completely.

Other groups, including the Swiss People’s Party (SPV), did not mention Islam anywhere in their resolution. Despite this, this proposal in the media here was called Burka Ban and it was considered against Islam. Switzerland has a population of about 86 million. Muslims constitute 5.2% of it.

FinTech companies’ valuation to be $ 150-160 billion in next five years, claims the report