Every 40th baby twin in the world: Research on 5-year data, 1.6 million twins are born in a year; This number is highest in 50 years 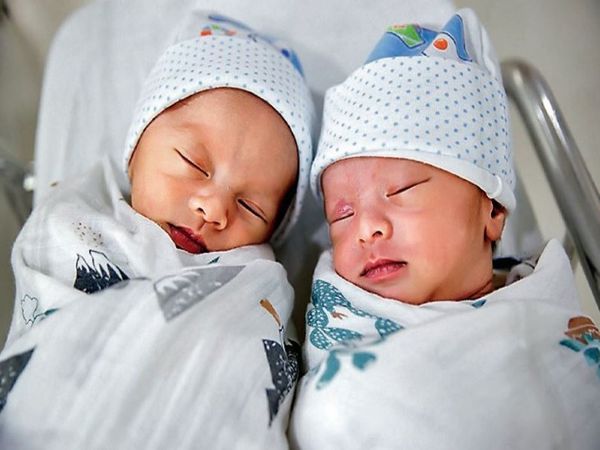 Every 40th child in the world is born as a twin. Scientists have cited the birth due to IVF technology as the biggest reason for this. According to research published in the science journal Human Reproduction, about 1.6 million twins are born every year. This number is the highest in the last 50 years. Researchers collected data from 135 countries for this period between 2010-2015.

It was found that the rate of birth of twins is highest in Africa. Professor Kristian Monden of Oxford University, who is involved in research, explains – ‘The comparative and purest number of twins is now the highest in the world since the middle of the 20th century. Now it will continue to grow day by day. ‘ He said- ‘In the developed countries, reproduction assisted technology i.e. ART was born since the 1970s. After which the twins were born more.

Now many women are becoming mothers at an older age and then they are more likely to have twins. Contraceptive use has increased. Scientists have also attributed the decline in fertility rate to this.

Need to focus on twins in low and middle income countries

Research report co-author Jaronne Smith says – ‘Twins need to be given more attention in low- and middle-income countries. In Sub Saharan Africa, especially many children lose their twins in the first year of life. According to research, this number is up to 2-3 lakhs every year.

These popular apps are the Indian alternative of WhatsApp, TicketTalk, PUBG and Twitter, equipped with special features

These popular apps are the Indian alternative of WhatsApp, TicketTalk, PUBG and Twitter, equipped with special features