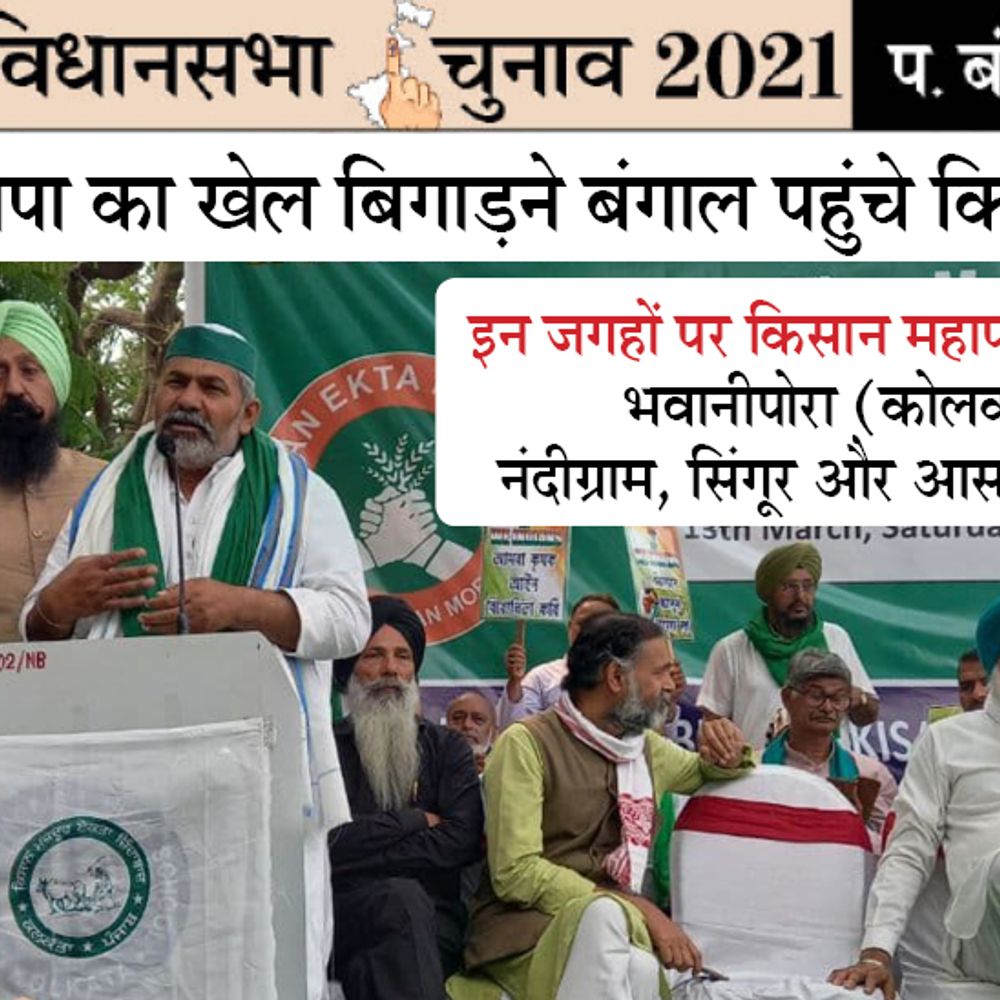 The peasant movement has also entered the political turmoil of Bengal. Indian Farmers Union (BKU) leader Rakesh Tikait arrived in Bengal on Saturday. He joined the Kisan Mahapanchayat held at Bhawanipora, Kolkata. During this, Tikait said that you should not vote for the BJP, even if you give it to another party. We have come here to carry forward our fight from the land of the revolutionaries. No homecoming until the law returns.

He said that the entire government is busy campaigning in Bengal leaving Delhi. That is why all our leaders have also reached here. The government is not talking to the farmers. We are also ready to run the movement for 8 more months. When the government does not withdraw the movement, our movement will continue. He said that wherever Prime Minister Narendra Modi goes, we will follow him. After this Tikait will also address farmers in Nandigram in the evening. They will also hold farmers mahapanchayats in Singur and Asansol on Sunday (14 March).

Farmers organization said – boycott BJP
Meanwhile, the United Kisan Morcha (SKM) has also opened a front against the central government. SKM said in a press conference on Friday that we appeal to the farmers of Bengal to boycott the BJP and not vote for it. The BJP government will have to withdraw the agricultural law after a crushing defeat in the elections.

Attempt to sell the country to some corporates: Patkar
Accusing the BJP, social activist Medha Patkar said that the government was trying to sell the country to some corporates. He urged people to exercise their franchise cautiously. Condemning the Center for insulting the farmers, Patkar said that even the British rulers had not taken recourse to it, which the current government is giving the form of law. He welcomed the resolution passed against the agricultural laws in the Bengal Legislative Assembly.

Farmers are protesting against three agricultural laws
Since 26 November 2020, many farmers’ organizations have frozen on the Delhi border against the three agricultural laws of the central government. Several rounds of talks have also been held between the farmers and the government, but no solution could be found to this issue. After which now the Kisan Morcha has decided to appeal to the people against the BJP in the elections.