First QUAD Summit on 12 March: PM from Japan and Australia to participate in Modi-Biden; Financing agreement may be in place to increase vaccine production in India 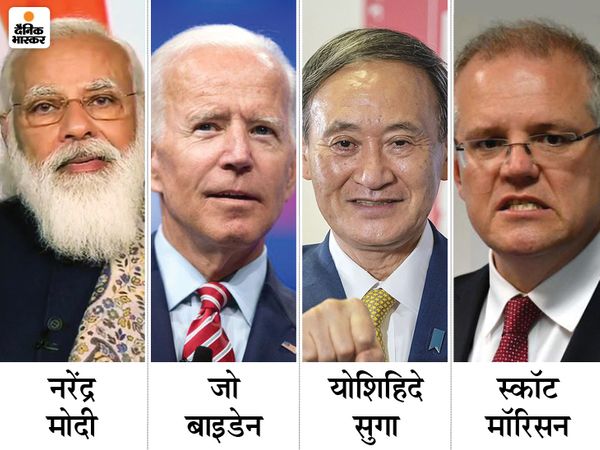 The first meeting of the leaders of the quadrilateral framework, the QUAD, is scheduled to take place on 12 March. This summit will be virtual. The Ministry of External Affairs announced this on Tuesday. Apart from Prime Minister Narendra Modi, it will include US President Joe Biden, Prime Minister of Japan Yoshihide Suga and Prime Minister of Australia Scott Morrison.

According to the news agency Reuters, a financing agreement could be announced at the summit to increase the Corona vaccine product in India. The senior US administration official, on the condition of anonymity, said the agreement would focus on companies and institutions in India that make vaccines for US pharmaceutical manufacturers Novavex Inc and Johnson & Johnson.

Corona will also be discussed
According to the Ministry of External Affairs, during this time the leaders will discuss the efforts being made to overcome the corona. At the same time, we will try to find a way to ensure safe and affordable vaccine in the Indo-Pacific region.

These issues can also be discussed

Foreign ministers’ meeting was held on 8 February
The meeting of the Foreign Ministers of QUAD was held in February this year, the third such meeting since last year. After the meeting on 8 February, a statement was also issued by the Indian Ministry of External Affairs.

What is QUAD?
QUAD means Quadrilateral Security Dialogue includes Japan, Australia and USA besides India. Its purpose is to establish peace in the Asia-Pacific region and there should be no war of any kind.

It was proposed in 2007 by Shinzo Abe, the then Prime Minister of Japan. It was supported by India, America and Australia. The first meeting of the foreign ministers of these countries was held in 2019.