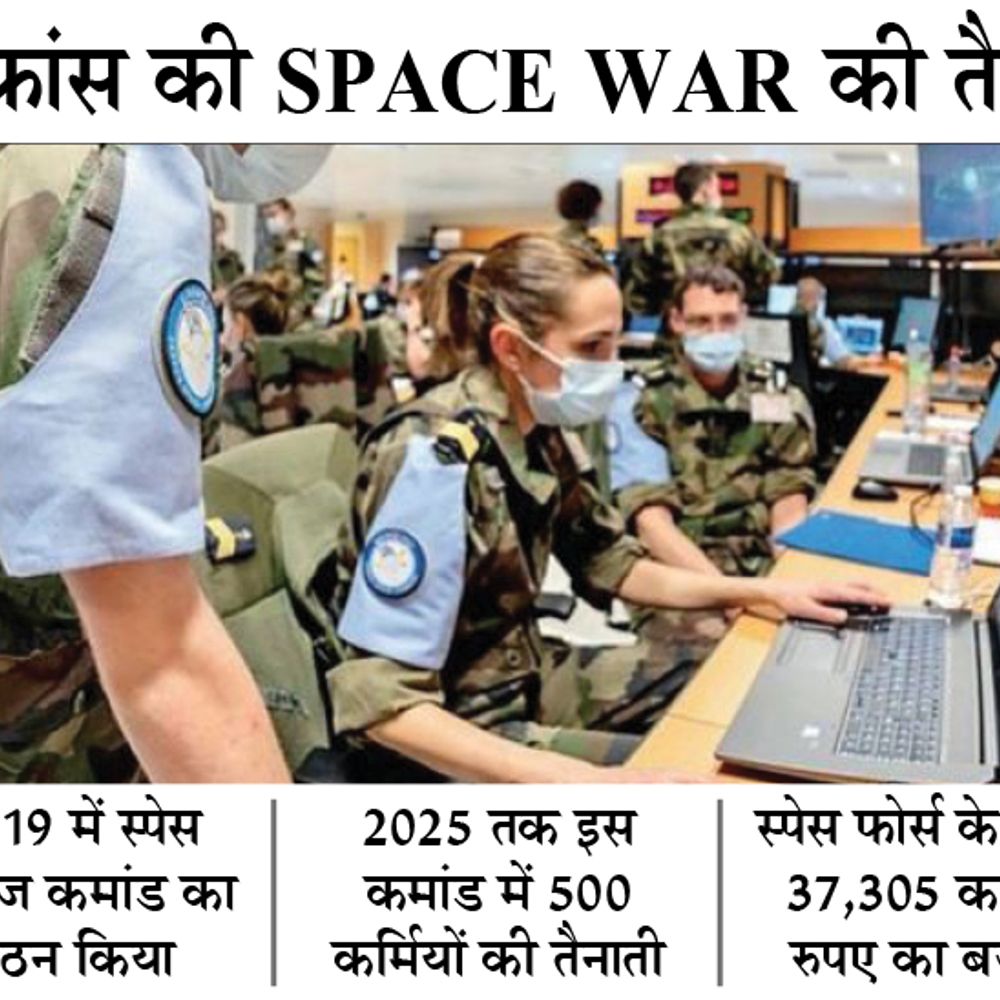 The armies usually perform maneuvers on the plains and in the seas. But France has created history by having the world’s first military exercise in space. The practice, which started from Monday, was completed on Friday. The practice was named AsterX-2021, named after France’s first satellite abandoned in 1965.

Germany and the US security agencies participated in the exercise. Actually, France wants to create the third largest space power in the world by practicing in space. Under this, he detected espionage and anti-satellites in space. During the exercise, 18 space missions were tested.

The aim of the exercise was to detect the possibility of threat from another country or space events on its equipment in space. French Defense Minister Florence Paley said, ‘Our allies and adversaries are militarizing space. Therefore France plans to develop anti-satellite laser weapons and new surveillance capabilities to strengthen its position with Russia and the US. ‘

Are you also having problems with SMS, OTP is not coming? Know here what is the reason

Are you also having problems with SMS, OTP is not coming? Know here what is the reason