Ground report from three historical temples of Peshawar: After partition, the temple was not built in Pakistan, the mafia held on the elders 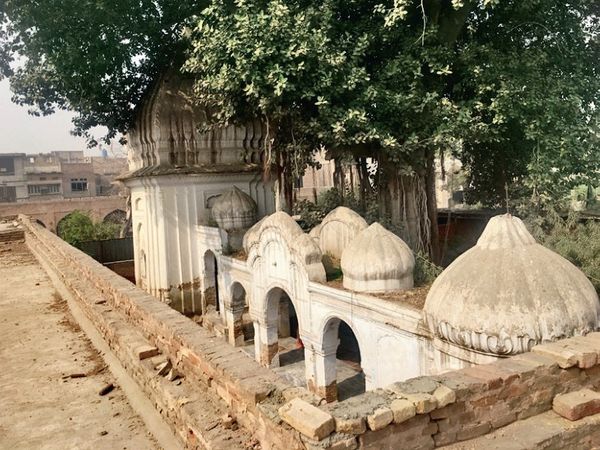 The Gorakhnath temple of the Nath sect located in the Gorghatri area of ​​Peshawar was built in the mid-19th century. It was closed after the riots at the time of partition. It reopened in 2011 after a lengthy legal battle.

About two and a half percent (75 lakh) of the total population of Pakistan are Hindus. Despite such a large population, not a single temple was built in Pakistan in 74 years of Partition. “No temple was built in the country after Independence,” said Tariq Wazir, official of the Evacuee Trust Property Board (ETPB), which took care of the maintenance of their shrines after Hindus and Sikhs went to India.

At the same time, 286 temples were closed due to litigation. Alam is that most of the Hindu shrines including the two thousand year old historical temple have been occupied by the land mafia. According to Tariq Wazir, Punjab has the highest number of 275 temples in the country. After this, Sindh has the highest number of Hindus, there are 53 temples, 25 in Khyber Pakhtunkhwa and 12 in Balochistan.

Only 14 of these are supervised by ETPB. At the same time, people of the Hindu community bear the responsibility of 65. In fact, in December last year, a temple was set on fire by people of the Jamiat Ulema-e-Islam party in Khyber Pakhtunkhwa. Subsequently, the Supreme Court had set up a commission to know the status of minority shrines.

Gorakhnath Temple: Open after 64 years, heritage is safe but not protected

The Gorakhnath temple of the Nath sect located in the Gorghatri area of ​​Peshawar was built in the mid-19th century. The temple was closed after the riots at the time of partition. The temple was reopened in 2011 following a prolonged legal battle at the behest of the Peshawar High Court. Sarpanch Kaka Ram, who manages the temple, said, “Many parts of the 200-year-old temple are still in original form.”

The archeology department declared the temple a national heritage, but did nothing to protect and maintain it. We get ourselves repaired, so that the historic temple can be saved. If not maintained, the temple can collapse on any day. At the same time, Rajesh Chand, a Hindu leader who came from Kohat to worship in the temple, said, We have organized a special puja in the temple. On the pretext of this, we call people of our community from all over Peshawar so that we can stay connected among ourselves.

Panj Tirath: Park built on the ground of thousands of years old temple 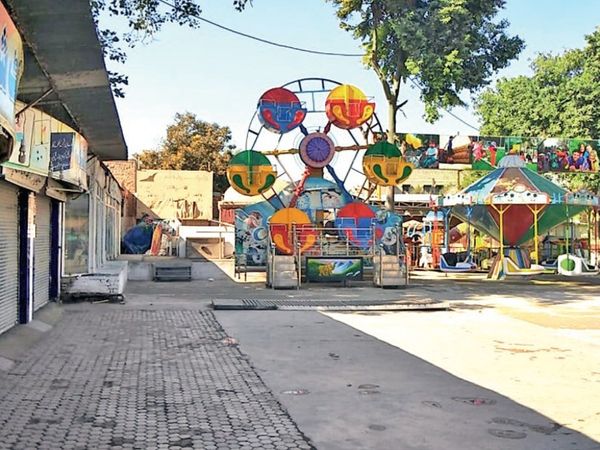 Panj Tirath, the oldest temple in Peshawar, was declared a national heritage in 2019 and announced to be opened for worship but that could not happen. Dr. Abdul Samad, director of Khyber Pakhtunkhwa Museum, says Panj Tirath is mentioned in thousands of years old ‘Mahabharata’ and other sacred texts. The temple complex had five pools named after the Pandavas. Although the ruins are now left.

A large part of it was captured and made into Uncle Younus Park. Anil Kumar, president of the Rajput Welfare Society of the Peshawar Hindu Panchayat, said, “The park is built on the land of the temple.” Being on GT Road, the land is worth crores.

Therefore, the land mafia is eyeing the rest of the land. The religious leader of Peshawar and Pandit Aaron Dayal says that there are four to five temples in the capital where people of the Hindu community go to worship regularly. At the same time, 11 temples are closed due to litigation. There is also no permission to worship there.

The Asamai temple in Peshawar has remained closed for decades. At the time of partition there were three small temples and gurudwaras in the Asamai complex. The plaza was also captured here. Harun Dayal says that a temple here has been reduced to a few yards. The rest of the temples have been replaced by new constructions. The mosque next to it is Mahbat Khan. Three temples were also built along with the first mosque of Partition. It is said that there are only two temples of Asmai in the world, one in Kabul and the other in Peshawar.

Indian Railways: Railways increased platform tickets at these stations, the price of ₹ 30 and ₹ 50! See the full list of all those stations

China is the world’s largest naval force: China is now the most powerful at sea, surpassed the US Navy three times as powerful in 20 years.

China is the world's largest naval force: China is now the most powerful at sea, surpassed the US Navy three times as powerful in 20 years.