WhatsApp is turning off support for some devices.

Instant messaging platform WhatsApp (WhatsApp) is about to end its support on some devices. Know which phone will not run the app ..

Facebook’s messaging platform WhatsApp (WhatsApp) is going to stop support for some phones. According to a report by WhatsApp tracker WABetaInfo, 2.21.50 version of WhatsApp beta will not support devices supporting iOS 9 and earlier. Although WhatsApp has not updated its FAQ page at the moment, it is expected that it will be updated once this version is made public. This means that WhatsApp will not support iPhone 4 and iPhone 4s phones.

Currently, the iPhone 5 is the last iPhone on which WhatsApp is working, as the iPhone 5 has received an update of 10.3. For Android users, WhatsApp supports smartphones running Android 4.0.3 and above.

(Also read- India’s most affordable 5G smartphone will get a chance to buy even cheaper, 30W dart charging)

Finally, in addition to iOS and Android, WhatsApp also works on KaiOS, which works on feature phones such as Jio Phone and Jio Phone 2. 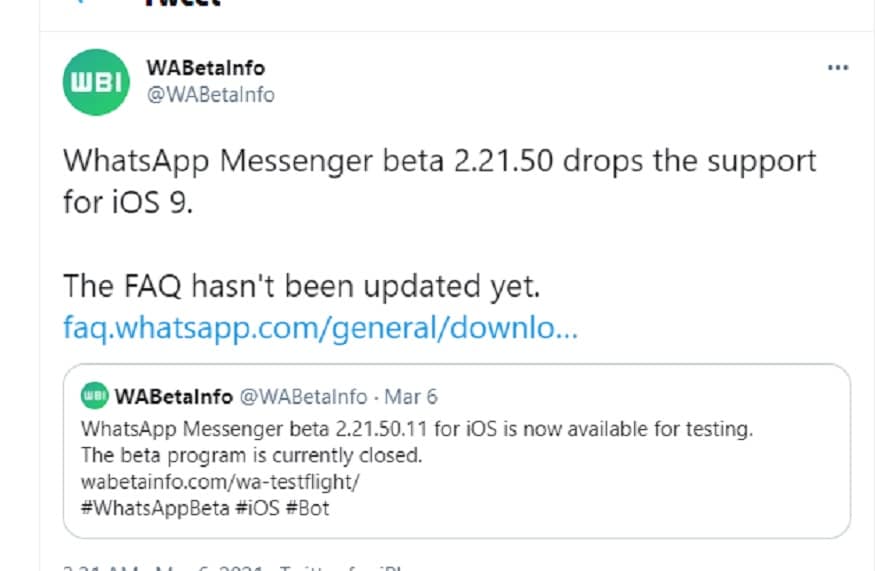 Apart from this, talk about the upcoming features of WhatsApp, so a better version of the archive chats is coming very soon. According to WABetaInfo, it is currently at the feature development stage, and it has been said that WhatsApp is also working on some UI (user interfaces) that users will be able to see in the archive chat.

(Also read- This is the world’s most ‘popular’ Android smartphone, made up of more than 2 crore people)

All incoming notification of archived chats will be muted. This means that users will not know the messages coming in archive chats. WABetaInfo says that this will be a feature option.