In North Kashmir, the target of the terrorists missed in the terror attack near Sopore bus stand. Therefore, they could not succeed in their plans. (File photo)

Indiscriminate firing started between security forces and militants in Jammu and Kashmir late Saturday. According to the Kashmir Zone Police, this encounter is going on in Rawalpora, Shopia. Army and police personnel have surrounded the terrorists from all sides. Firing is still on from both sides.

Police released photo of 9 most wanted terrorists
Jammu and Kashmir Police has released a picture of 9 most wanted terrorists on Saturday. Police said that all these terrorists are active in the valley. They are responsible for many terrorist incidents around Srinagar. The police have appealed to the people to share if there is any information about them. Police have also released phone numbers. Soon the operation will be carried out to catch them. 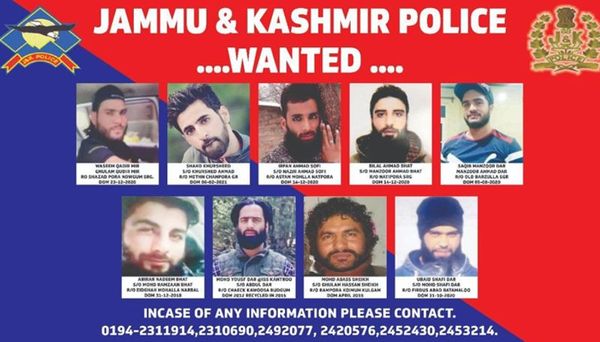 Police said that all these terrorists are responsible for many terrorist incidents around Srinagar. Police has issued a phone number and appealed to give information on receiving the information.

Here, the SP operation in Doda reported that 3 Chinese pistols, 15 rounds of Chinese bullets, 5 magazines and 1 silencer were seized from the terrorist Firdaus Ahmed, arrested on 12 February. According to the SP, it is a terrorist target killer. This is the first time such a case has come to light.

Grenade attacked at police station in Sopore, two policemen injured
In Baramulla, Jammu and Kashmir, terrorists attacked a police post with a grenade. In North Kashmir, the target of the terrorists missed in the terror attack near Sopore bus stand. Therefore, they could not succeed in their plans. According to sources, two policemen were injured in the attack. After the attack, security forces have cordoned off the area and started a search operation.

The injured were taken to the hospital
The policemen were rushed to the nearest hospital for treatment, where their condition is reported to be out of danger. A police officer said that the terrorists had thrown a grenade targeting the security personnel. There is a possibility of hiding in the area of ​​terrorists.