Kangana Ranaut lashes out at Maharashtra’s Uddhav Thackeray government after former Mumbai police commissioner Param Bir Singh letter surfaced | On the allegations made on Home Minister Deshmukh, the actress said – proved that I am a true patriot, not a harem 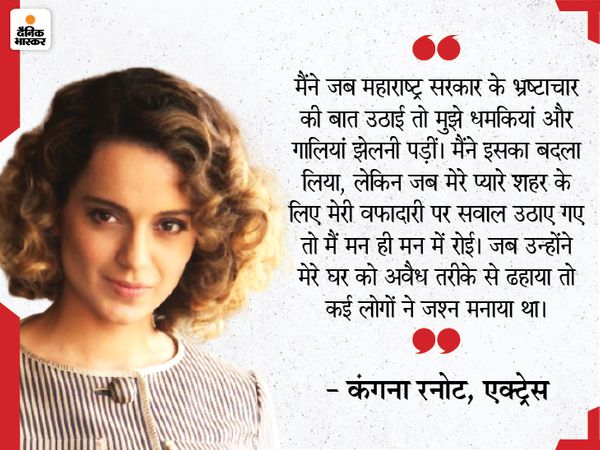 Actress Kangana Ranot has attacked the state government after the Maharashtra Home Minister Anil Deshmukh’s serious allegations by former Mumbai Police Commissioner Parambir Singh. He wrote on social media, “When I raised my voice against the corruption and ill administration of the Maharashtra government, I in turn faced abuses, threats, criticisms, but when my loyalty to my beloved city was questioned So I cried silently. When they broke my house illegally, many people had cheered. “

‘I am a true patriot, not a scoundrel’

Kangana further wrote, “In time to come, they (Uddhav Thackeray government of Maharashtra) will be completely exposed. Today I stand with confirmation, so it proves that my brave Rajputana follow me and my family in blood. – Loyalty and true love flows to the country that feeds. I am a true patriot, not a harem. “ 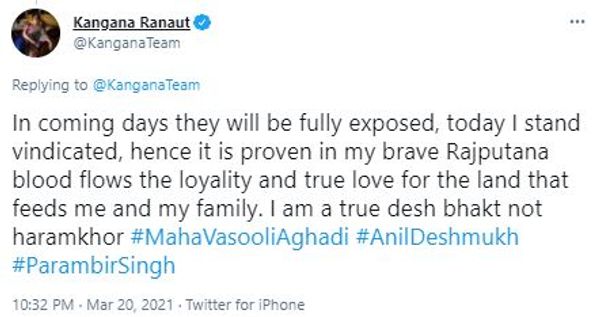 Parambir Singh has made many serious allegations

Kangana Runot made a lot of statements against Uddhav Thackeray after the death of Sushant Singh Rajput last year. After this, Brihanmumbai Municipal Corporation (BMC) ransacked Kangana’s office. This controversy was very much discussed and Parambir Singh was seen standing with the Maharashtra government at that time. After this, when the Maharashtra government removed Parambir from the post of controversy in Antilia case, Kangana described it as the beginning of the end of Shiv Sena.