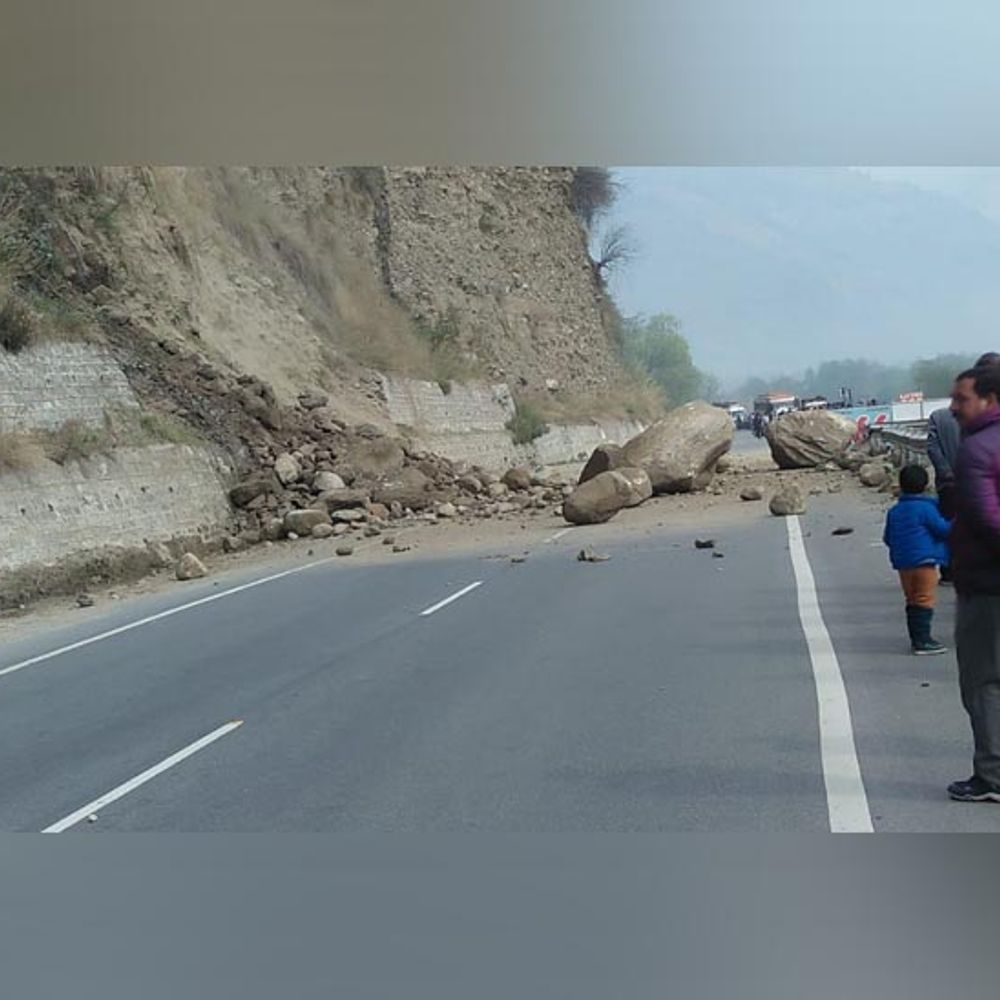 Stone and debris fell from the mountain near the Dohlunala toll plaza on the Chandigarh-Manali National Highway.

In Himachal Pradesh’s Lahaul Spiti district, an avalanche occurred on Saturday after Sunday. On Sunday, stones and debris fell from the mountain near the Dohlunala toll plaza on the Chandigarh-Manali National Highway. Due to this, the traffic on the highway remained closed for about one and a half hours. However, the incident did not cause any harm.

Earlier on Saturday, an avalanche occurred from the hills in front of Gondhla, Khangsar village in Chandra valley of Lahaul Spiti at around 10 am. There was no news of any kind of life or property here.

Alert was already issued
Avalanche was feared at many places by the Institute of Snow Studies (SASE). An alert was also issued in Manali regarding this. Meanwhile, a massive campaign was carried out on Sunday to remove snow from the snow-covered Mughal Road in Rajouri district of Jammu and Kashmir.

Why does avalanche happen
According to meteorologists, snow falls quickly due to the low temperature in December-January. Since February the temperature rises and there is snowfall at that time, there is a difference in temperature between old frozen and fresh snow. Due to this, the upper snow melt either flows into water or it takes the form of avalanche and comes down from the top of the mountain.