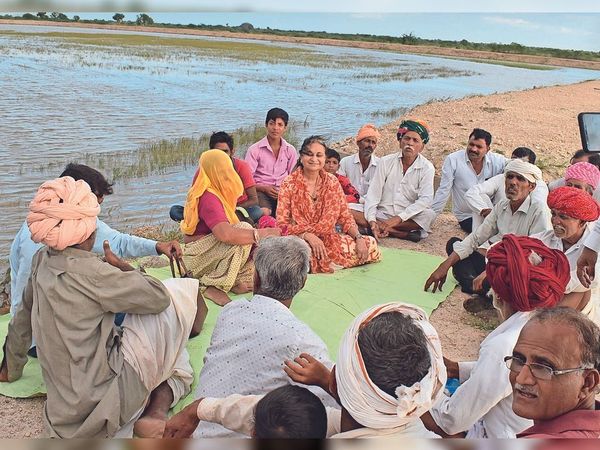 By the time the fate of 570 villages has changed, the lives of 7 lakh people have become easier.

Even for a crop where there was no water supply, today the appearance of 30 tehsils in about 13 such districts of Rajasthan has changed. We have overcome this problem by making check dams at these places. But we make dams on this condition, when the villagers agree to give up practices like dowry, child marriage, death row and evils like tobacco and alcohol forever.

In the year 1998-1999, when there was a drought in Rajasthan, our Ruia Udyag Gharana of Rajasthan origin sent several tanks of food items and water from Maharashtra to Rajasthan, but this was not a permanent solution. Not a single drop of rain fell that year in the Marwar region of Pali.

The water level in the stepwell was below, women descended several stairs and filled the water in the pitcher and covered a distance of 2-4 km. Seeing them, I felt that a solution to this is very important. I started research on water conservation structures, when I came in contact with waterman Rajendra Singh, who told me about specific structures for water conservation and use. I began to see a permanent solution. I had reached the age of 60 then.

This was not the first experience in conserving water. About a decade ago, in the year 2003, the Aakar Charitable Trust was established. By the year 2005, built drinking water reservoirs in Shekhawati. In 2006, I spoke to a project engineer from Mundavara in Udaipur for his first project. Then came the idea of ​​making check dams, inspired by the structures such as Jae Khadin, which our ancestors built to collect water. We took the right decision.

First, we will start from such areas of Rajasthan, where there is flat land and surrounding hills, so that it is possible to collect rain water from the hills. Secondly, we will include the body, mind, wealth of the village in this project. This has changed the fate of 570 villages so far, making the lives of 7 lakh people easier. Now our goal is to make 150 check dams every year.

Madhya Pradesh: Even daughters-in-law were not safe in Lockdown, rape was doubled, know details