Political upheaval in Pakistan: Imran Khan may have passed the floor test, but despite the victory, he has got a political challenge. 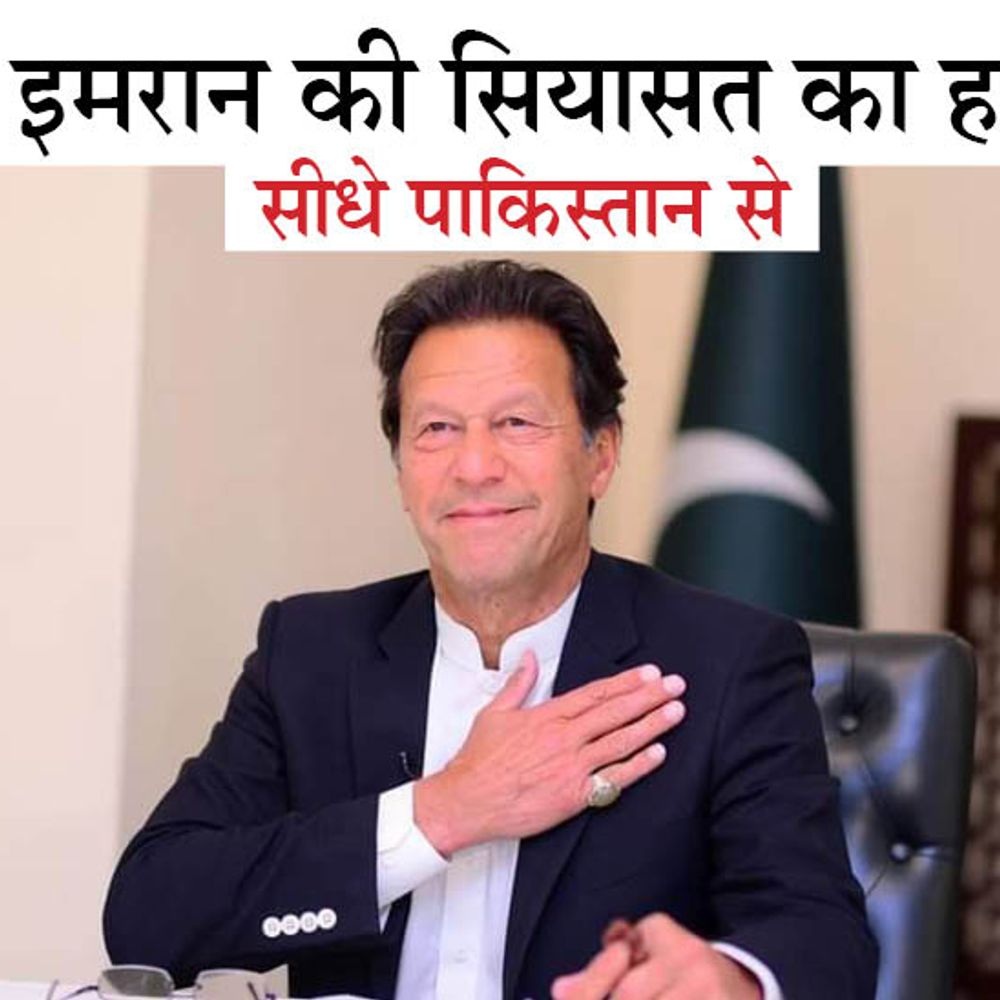 Imran Khan on Saturday secured a vote of confidence in the 340-member National Assembly. He needed 172 votes, with 178 votes cast in his favor.

Pakistan Prime Minister Imran Khan on Saturday secured a vote of confidence in the 340-member National Assembly. For this he needed 172 votes. 178 votes were cast in his favor. This is 2 more than the votes he got for becoming the Prime Minister in August 2018. Imran had announced that he would seek a vote of confidence in the parliament after the defeat in the Islamabad seat in the Senate election.

Islamabad was among the most high-profile seats in the Senate elections held this week. On this, the candidate of the Pakistan Democratic Movement (PDM), a coalition of opposition parties, and former Prime Minister of Pakistan Yusuf Raza Gilani defeated Finance Minister Abdul Hafeez Sheikh. The victory of the opposition forced Imran Khan to prove that he still had a majority in the House.

16 Imran MPs voted for the opposition
16 members of Imran Khan’s Pakistan Tehreek-e-Insaf (PTI) -led ruling coalition had voted for Geelani during secret balloting and decided his victory. After the defeat, Imran Khan targeted the PDM and the Election Commission fiercely. He also alleged horse trading during the election. Accused the opposition of buying members of the coalition running the government.

Even though those members sided with Imran Khan in the open voting on Saturday, Geelani’s victory over Sheikh showed that getting a trust vote in the lower house would not really be the end of Imran’s troubles.

Helplessness
The coalition with a majority in the National Assembly comprises 157 of PTI, 5 of PML-Q, 5 of Balochistan Awami Party, 3 of Grand Democratic Alliance and 7 of Muttahida Qaumi Movement and one of MP of Awami Muslim League. It is clear that Imran’s own party MPs and their allies have shown an inclination towards the opposition alliance.

The leaders of the PTI, who entered into a secret agreement with the PDM, may get a ticket in the 2023 elections. Apparently he is not sure that Imran’s party which has completed half term can win in the elections after 2 years. In such a situation, it is necessary for Imran Khan to retain his allies at this time, who will be reminding Imran how much he needs him during the Senate and Confidence Vote.

The parties involved in the coalition will now wish for more
The 2 most important and major partners MQM or PML-Q may be given one or 2 cabinet posts in Sindh and Punjab. The PML-Q led by Chaudhary Parvez Elahi can expect some benefits, especially in the Punjab province. After Islamabad, the next challenge may come in front of Punjab Chief Minister Osman Bujdar and the Assembly here.

After forming the government in Punjab with the help of PML-Q, the PTI gave Elahi the post of speaker in the assembly in 2018. Elahi is now in a position to demand that Bujdar’s place be replaced for the PTI government to continue. Punjab is the most populous state of Pakistan.

Difficult to join the army
The opposition had questioned the military leadership along with the decisive intervention of the army in most of the government’s affairs. After the victory of the opposition coalition on the Senate seat of Islamabad, it was felt that the army had withdrawn from Imran Khan’s government.

Even Gilani hinted at such a possibility in the elections. However, Imran Khan met the army chief and the director of the intelligence agency ISI after the election defeat.

Opposition unity threatens Imran
After Gilani’s Senate victory in 2019, the opposition coalition PDM has now seen its biggest success. The alliance boycotted the floor test on Saturday. Saying that the victory of the Senate was not a real confidence vote for the government and Imran Khan.

After several ups and downs in the last one year, there is unity in the alliance. Especially among the leaders of Pakistan Muslim League-Nawaz (PML-N). The largest party of the opposition is standing behind Gilani, who in 2012 he put his full force to remove from the post of Prime Minister.

The PTI had united the always rival PML-N and PPP. Without the military’s participation, the opposition coalition that has troubled the government has indicated that Pakistani politics is heading in a new direction. Now it will be difficult for the military leadership to stand in support of Imran. Therefore, the confidence vote that matters to Imran will come from the public.

Jodhpur: Know why post-mortem does not happen after the sun sets, the suffering family goes through mental anguish