Preparing to ban the burqa in Switzerland: 51% of the people voted in favor of banning the burqa, women will not be able to completely cover the face in public places if law is made 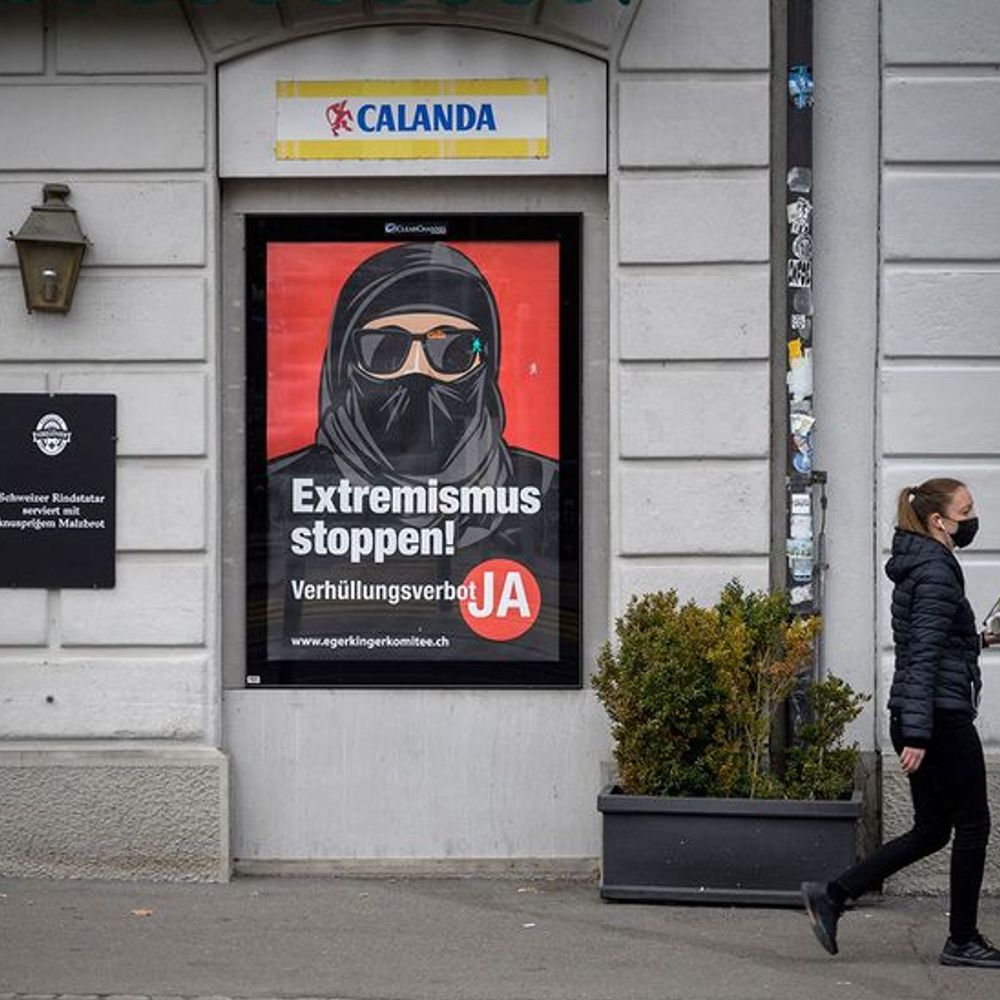 There has been a demand for a burka banning in Switzerland for a long time. A woman passing in front of the poster associated with the same campaign, wearing a mask mask in view of vigilance from Corona.

The wearing of burqas may be banned in Switzerland. In the referendum held on Sunday, 51.21% of the people here voted in favor of banning the burqa. It is believed that a law can be made on this here now. The proposal was brought about a month ago. When people opposed it, the government decided to hold a referendum. If a law is made on this, women here will not be able to come out in public places by covering them completely.

Other groups, including the Swiss People’s Party (SPV), did not mention Islam anywhere in their resolution. Despite this, this proposal in the media here was called Burka Ban and it was considered against Islam. Switzerland has a population of about 86 million. Muslims constitute 5.2% of it.

Decision taken for security reasons
Due to disease prevention and safety reasons, women will be able to wear the burqa and women will be allowed to do so even in places like Cornival, where the custom of covering the mouth has been in place for years. In the proposal of the Government of Switzerland, no exemption has also been given to the tourists and other people coming from abroad.

Prevention of face covering in these countries
France banned the face covering completely in 2011. Denmark, Austria, the Netherlands and Bulgaria also prohibit the wearing of burqas in public places.