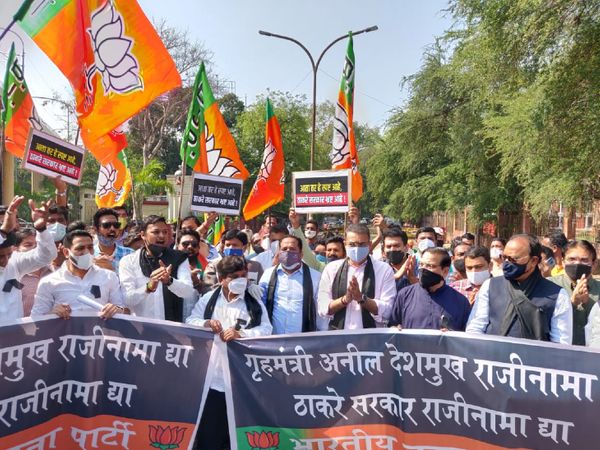 The BJP demonstrated against Deshmukh in many places including Mumbai, Nagpur. The BJP said that the Home Minister should resign immediately.

The demand for the resignation of Maharashtra Home Minister Anil Deshmukh has intensified following serious allegations by former Mumbai Police Commissioner Parambir Singh. Meanwhile Parambir said that the letter is completely correct. It has been sent from my same ID. Earlier, the truth of the letter was also doubted by the Chief Minister’s Office. It was revealed that the letter which has been sent does not have the sign of Parambir. 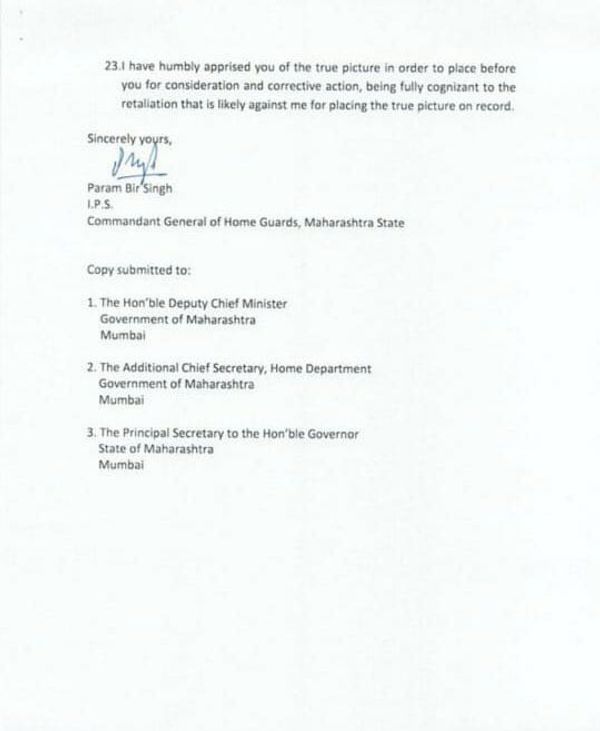 A letter from Parambir is getting viral on social media, on which his sign is present. The state government was questioning the veracity of the letter regarding the sign itself.

Meanwhile, after the letter of Parambir written to Chief Minister Uddhav Thackeray, there has been a political earthquake in the state. NCP chief Sharad Pawar has become active in the case. He has summoned two big leaders of the party to Delhi. The meeting will be attended by Deputy Chief Minister Ajit Pawar and party’s Maharashtra Pradesh President Jayant Patil.

According to sources, the allegations against Anil Deshmukh will be discussed among NCP leaders. After the name of Deshmukh, the Uddhav government of the state has come under pressure. Apart from the opposition, fellow Congress in his government has also demanded an inquiry into the matter and his resignation.

He was accused of patronizing Deshmukh
Parambir had said in the letter that Sachin Vaz had the protection of the Home Minister and asked him to deposit Rs 100 crore every month. Parambir also wrote a letter to Uddhav regarding all these complaints. He also said that I was made a sacrificial goat to hide my wrongdoings. 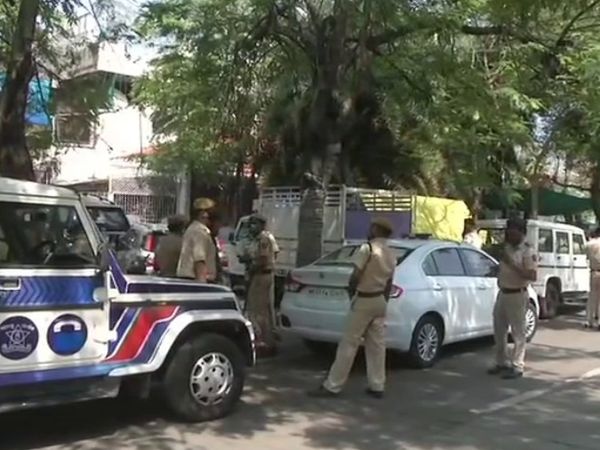 Security has been beefed up outside the residence of Maharashtra Home Minister Anil Deshmukh in Nagpur following the letter of former Mumbai Police Commissioner Parambir Singh.

Earlier, Mumbai Police Commissioner Parambir Singh was removed from the post of Police Commissioner. He was transferred to the Home Guard Department. Now Parambir has written a letter to Uddhav Thackeray, accusing Home Minister Anil Deshmukh in Maharashtra government.

Amrapali Dubey scattered the magic of her style on the song of Zubin Nautiyal, have you missed this video!

If the tanker of food oil overturns, there is a competition to rob, some box and some oil was taken in the canister, watch the video

If the tanker of food oil overturns, there is a competition to rob, some box and some oil was taken in the canister, watch the video