Snow Shivalinga is formed naturally in the Amarnath cave. Devotees from all over the world visit here.

There is good news for the devotees of Baba Barfani. Shri Amarnathji Shrine Board has announced the dates of the yatra. This time the Amarnath Yatra will start from June 28 and end on August 22. Advance registration for the yatra will start from April 1, which can be done through PNB, Jammu and Kashmir Bank, and 446 branches of YES Bank across the country.

The board took this decision in a meeting on Saturday. This time the journey will last 56 days due to security. From Ashada Chaturthi to Raksha Bandhan, devotees will be able to see Baba Amarnath. According to sources, this time the journey can be done only by Baltal route. The traditional route of the journey goes through Pahalgam, Chandanwadi, Sheshnag, Panchatarni. 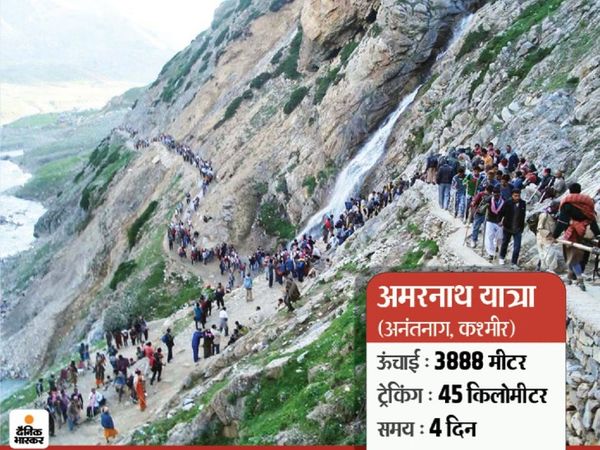 The Baltal route can only be used this year to reach the Amarnath cave. There is no information at present about the journey through other traditional routes.

Chairman of Shree Amarnath Shrine Board and Lt. Governor Manoj Sinha held a meeting of board members at Raj Bhavan on Saturday. In this, many important issues were discussed along with the travel schedule. Covid protocols will be strictly followed during travel due to the return of corona infection in many states. In the meeting, Shri Amarnath Shrine Board has decided to increase the salary of priests from 1000 to 1500 rupees per day. 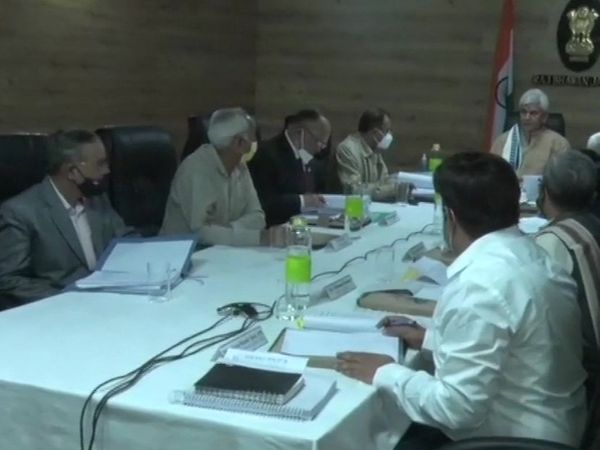 A meeting of Shri Amarnath Shrine Board was held in Jammu under the chairmanship of Lieutenant Governor Manoj Sinha, in which the dates of the yatra were decided.

The trip was canceled last year due to Corona
Due to Corona, there was a lot of tussle over the Amarnath Yatra last year. There was a round of yes-no-yes-no at the Raj Bhavan in Jammu on 22 April. Raj Bhavan first informed about the cancellation of the Amarnath Yatra, but later canceled the press release itself. Giving clarification in another press release after an hour, it was said that due to Corona, it is not possible to travel on the scheduled dates. However, the decision was made to decide later whether or not there would be a visit. The trip was ultimately canceled due to the situation.

Corona spread from Wuhan itself: WHO scientists returned from China – most likely to spread virus from Wuhan wet market; No evidence found against lab

Weird: Microplastic found in 7 famous fish of the country, including Bangdo, Bombil, Chembali, is dangerous poison for humans

Weird: Microplastic found in 7 famous fish of the country, including Bangdo, Bombil, Chembali, is dangerous poison for humans