Study claims: Female-male discrimination in sports is erased, prize money is equal in 90% of sports, this change is seen fastest in cricket 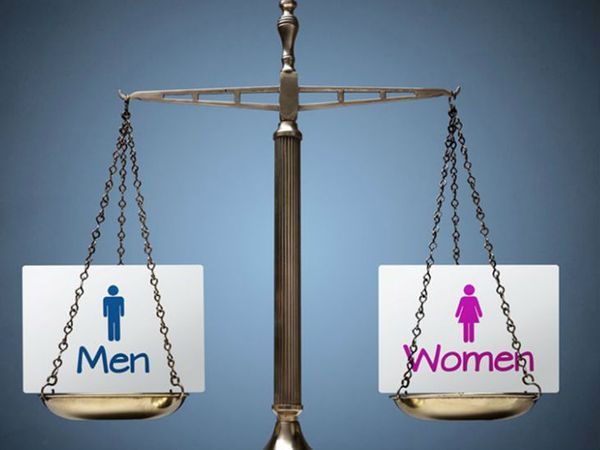 The prize money that women get in most sports has become the same as that of men.

Women face discrimination in almost all regions of the world. But the sports world has tried to bridge this gap and it has also been successful to a great extent. The prize money that women get in most sports has become the same as that of men.

The latest BBC study shows that in 37 of 48 sports, women players are now getting the same amount of prize money as male players. That is, equal amount is being given in big matches of 90% of the games. The biggest change has appeared in cricket. In ‘The 100’ tournament to be held in 2021, the same prize money (1.52 crore) has been kept for men and women. This was done in the Big Bash League in 2017-18.

Discrimination prevails in these games: The 2019 Woman’s Football World Cup clocked 112 crore, but the prize money was 9 times less than that of men. In 2018, the men’s team of France made 277 crores. Won, while the American women’s team received 29 crores. Similarly, in the last two big championships in golf, men received 14.19 crore while women players got 4.68 crore and 4.19 crore rupees. 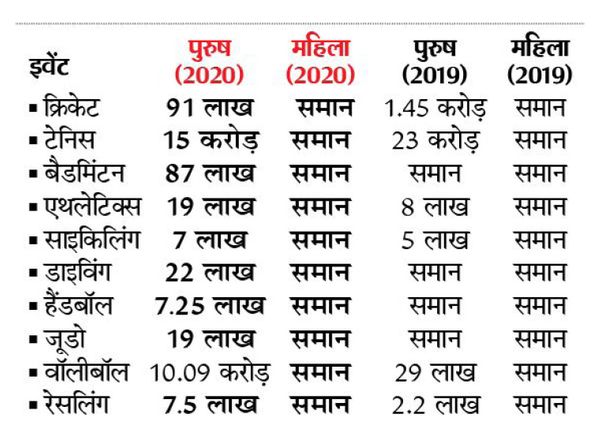 The prize money of an event is given in the table. The amount is the same in the rest of the world-class events of these games. (Amount in rupees)