Tarn Taran, big attack in Punjab in the form of Nihangas, miscreants attacked the police, cut the wrist of two; Both stack in response | Attacked by sword with police who went to capture Nihangs accused of murder, one officer’s wrist cut off, another injured; Both stack in action 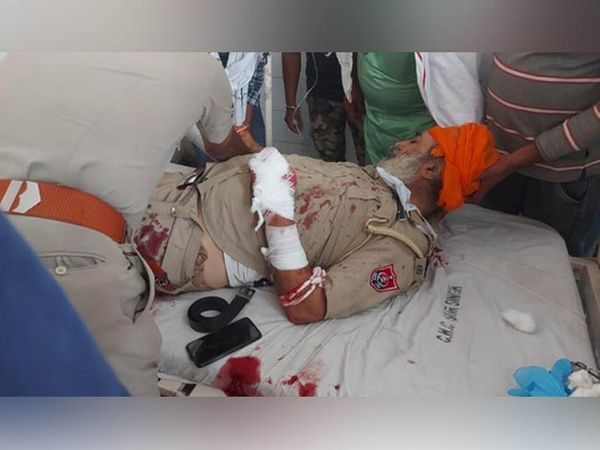 The police officer injured in the assault of the wanted accused in the murder case in Tarn Taran is undergoing treatment at the hospital. The wrist of two policemen was amputated in the attack.

On Sunday, a bloody confrontation between miscreants and police has come to light in Tarn Taran, Punjab Police had received information about Takht Sri Huzoor Sahib in Nanded, Maharashtra, hiding two wanted accused of killing a Baba. On the information of the Maharashtra Police, the local police arrived to arrest the accused, the accused attacked the policemen. In the attack, one police station in-charge was amputated, while the other also suffered severe injuries on his wrist. In retaliation, the police force heaped both the alleged Nihang miscreants on the spot. 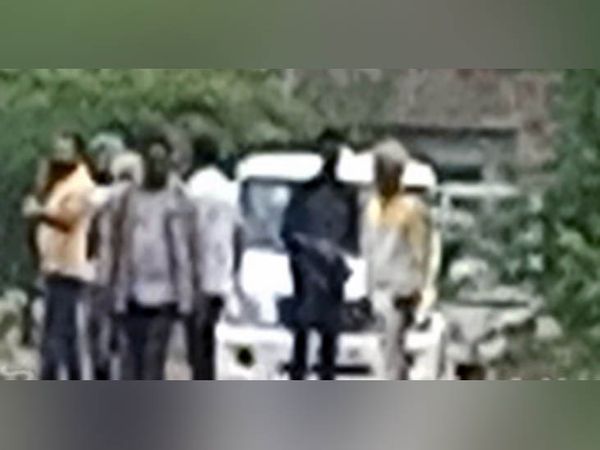 Police forces and nearby villagers gathered on the spot during the encounter.

Both the Nihangs killed in the encounter have been identified as Mahatab Singh and Gurdev Singh. Both of them were absconding after killing Baba Santokh Singh in Nanded Sahib. After the nomination filed in case number 84, the police engaged in the investigation found the location of these two near Singhpura in Tarn Taran district of Punjab. After this, the police there made contact with the Tarn Taran police. Meanwhile, after the death of head constable Sarabjit Singh of Bhikhiwind police station in village Chichrewal 10 days ago, the ritual of enjoyment was going on today. It was here that information about the existence of these miscreants. 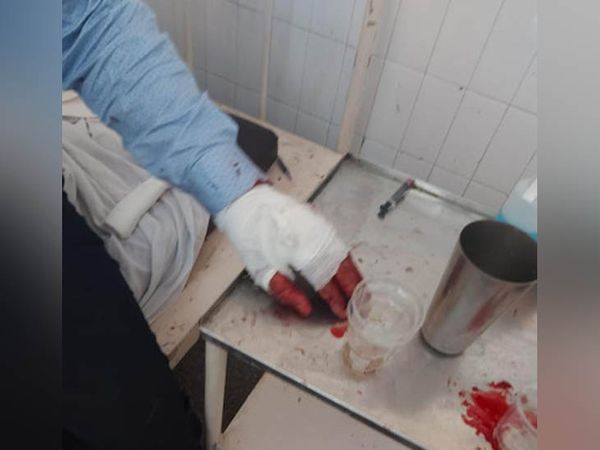 Band tied on the hand of another police officer injured in the incident.

When Inspector Balwinder Singh in charge of Thana Valtoha and Sub Inspector Narinder Singh in charge of Khemkaran reached village Singhpura, some accused dressed as Nihang Singh attacked both police officers with sharp weapons. The area was then cordoned off on a large scale. During this time, the accused attacked the police party repeatedly, in which both the officers were severely injured with sharp weapons. He was sent by ambulance to the hospital. Both the accused were killed in retaliation. However, those who died were not yet identified. Senior police officers including SSP Dhruman H Nimbale, SP Dr Mahatab Singh, Jagjit Singh Walia also reached the spot.

Nihang had cut ASI Harjit Singh’s hand in Patiala
A similar case was reported on 12 May 2020 in Patiala. Here, Punjab Police ASI Harjit Singh, who is performing the duty of Corona Protocol, was attacked with a sword by the Nihangas. In this, his wrist was cut and separated. Harjeet himself rushed to the hospital with a chopped hand on a scooter. After hours of hard work, he underwent successful surgery at Chandigarh PGIMER and was discharged a week later.

Corona is frightening again in Indore: Collector said – We are in Danger Zone, jail will be held for not wearing mask

MP Weather alert: Hail-rains will continue with strong winds, weather patterns will change in many districts

Actress Sonam Kapoor lives in a very luxurious house with her husband, see INSIDE PHOTOS