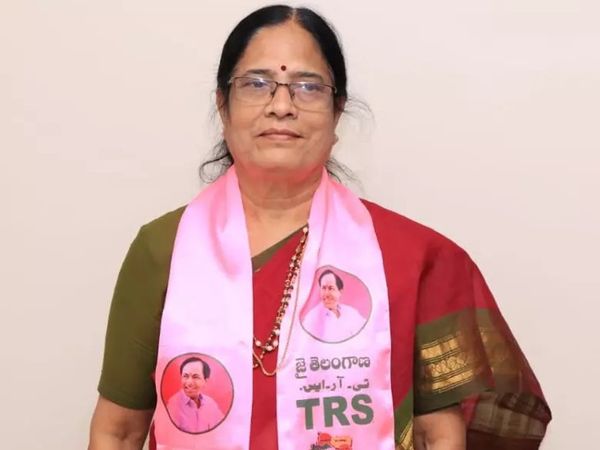 Surabhi was a TRS candidate from Rangareddy Mahbubnagar area of ​​Hyderabad. He has defeated BJP candidate Ramchandra Rao. – File photo

The results of the elections held in two seats of the state legislative council in Telangana were released late on Saturday night. Both these seats have been won by the Telangana Rashtra Samithi (TRS). In this, Surabhi Vani Devi, daughter of former Prime Minister of India PV Narasimha Rao, has also won one seat. Surabhi was a candidate from Rangareddy Mahbubnagar area of ​​Hyderabad. He has defeated BJP candidate Ramchandra Rao. At the same time, TRS leader and former MLC Palla Rajeshwar Reddy has also won elections from Nalgonda, Khammam and Warangal constituencies in other seats.

Voting was held on 14 March, counting of votes for three days
According to election officials, due to the large number of candidates in both the seats, the election results have been delayed. This time the size of ballot papers was large. There were 91 candidates from Hyderabad-Rangareddy-Mahbubnagar and 60 from Khammam, Nalgonda and Warangal areas. Voting was held in both the seats on 14 March. After three days of counting of votes, the officials released the results late at night.
Surabhi Vani Devi is a social worker
Surabhi Vani Devi was born on 1 April 1952 in Karimnagar district, Vangara. He is an artist, teacher and philanthropist by profession. She currently lives on Jubilee Hills, Hyderabad. She did her HSC in 1968 from Government Girls High School Hyderguda. PUC from RBIRR College Hyderabad in 1970. He did his BA from Osmania University in 1973. In 1986, took a diploma from JNTU Fine Arts College. She served as Letterer from 1990 to 1995. From 2008 till now, Sri Venkateshwara was the Principal from the College of Fine Arts.

When WhatsApp, Insta and FB are down, users have created such mimics that Zuckerberg will also become a lot-pot! See you too ..