The country divided into two areas: two groups clashed when a quarrel started in Nigeria with a basket of tomatoes, 20 people have died so far 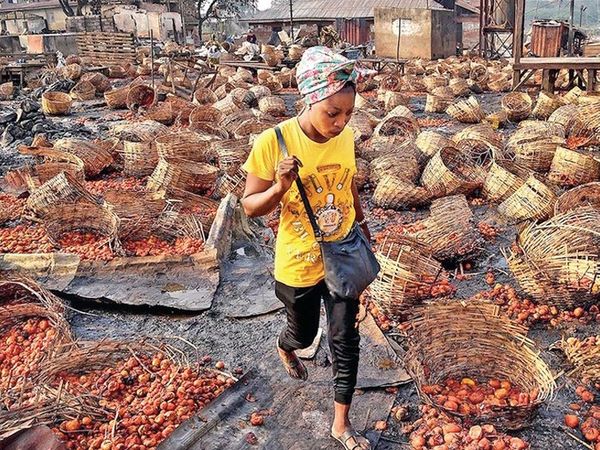 So far 20 people have died in Nigeria due to a basket of tomatoes. The situation is that this country with the most population in Africa is now divided into north and southern areas.

So far 20 people have died in Nigeria due to a basket of tomatoes. The situation is that this country with the most population in Africa is now divided into north and southern areas. Actually, last month, a person was going to the market in the southwestern city of Ibadan with tomatoes in a basket. Meanwhile, tomatoes spread along the way due to the accident. This led to an argument with the nearby shopkeepers and porters, which grew so much that it turned into a fight.

The incident was reported on social media that a porter has died. On this, there was tension in the community and by the time the country was divided between the Muslims of the North and the Christians of the South. This tension took a violent form just 4 hours after the incident. There were incidents of assault and burning of shops in many areas. 20 people died in this violence. Thousands of people were forced to flee. Here, the performance of shepherds and traders has stopped the supply of food items.

Meat is not available in Nigeria’s largest city, Lagos. The price of tomatoes has also increased, causing traditional jollof rice (the staple food of Nigeria) in most households. In the north, where onions and tomatoes are the most, most farmers either have to throw away their crops or they are rotting in the same way.