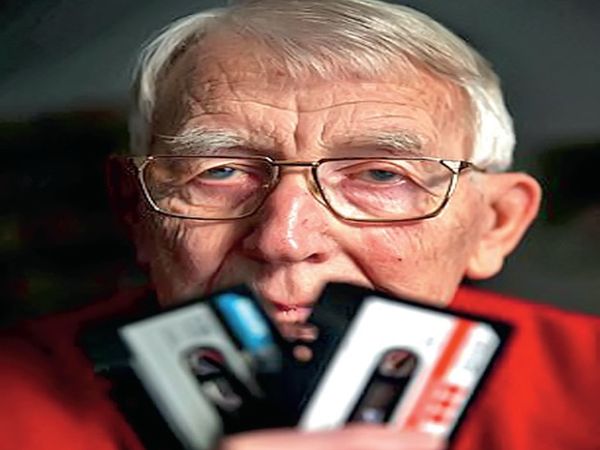 The Dutch inventor of audio cassettes Lou Ottens died at the age of 94, the first cassette he had made in 1963, which is estimated to have sold 10,000 million cassette tapes worldwide by now.

Lou Ottens, the Dutch inventor of audio cassettes, recently passed away at the age of 94. He made the first cassette in 1963. So far, 10,000 crore cassette tapes are estimated to be sold worldwide. The cassette allowed people to listen to music even on the go. Otnes breathed his last at his home town Diesel in the Netherlands last weekend.

Otens became head of Philips’ product head department in 1960. The team at Otens was entrusted with the task of converting the heavy reel tape recorder into a portable gadget. This resulted in a cassette. The 37-year-old Otens presented the audio cassette to the world on 30 August 1963 in Berlin.

On the occasion of the completion of 50 years of the invention of the cassette in the year 2013, Otens said in an interview, “When I first introduced the cassette to the world, it had become a ‘sensation’.” Before the cassette era, reel-to-reel devices were used for recording. But it was difficult to use. This required training and expertise.

Otten’s cassette model got a patent after a deal with Philips and Sony. However, the cassette actually became famous when Sony introduced the Walkman in 1979. The Walkman was a portable cassette player. This product created panic all over the world. Otens used Sony’s Walkman as the most suitable medium for this invention, not Philips. While he developed it for Philips.