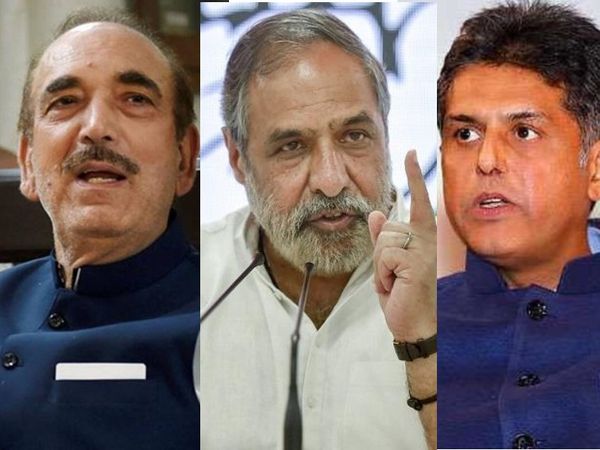 The Congress has released a list of star campaigners for the Assam and Bengal assembly elections. Ghulam Nabi Azad, Anand Sharma and Manish Tiwari have not got a place in this

The Congress has released the list of its star campaigners for the elections of West Bengal and Assam. Many leaders including Ghulam Nabi Azad, Anand Sharma, Manish Tiwari are not included in this list. The Election Commission has been given a star campaigners list by the Congress, which includes the names of former Prime Ministers Manmohan Singh, Rahul Gandhi and Sonia Gandhi.

Ghulam Nabi has been in the list of star campaigners of Congress for decades
Last week, Gulab Nabi Azad said that I have been included in the list of party’s star campaigners for the last four decades. This time too, in the five states where elections are to be held, I will go for campaigning so that the party can win. However, among the leaders of the G-23 group, Rajya Sabha MPs Akhilesh Prasad Singh and Jitin Prasad are included in the list of star campaigners. These leaders also wrote a letter a few months ago about the change of leadership in the Congress. Bhupendra Singh Hooda, Deepender Singh Hooda and Prithviraj Raj Chavan have been included in the promotional list of Assam elections. Apart from these, the party has given place to some other big leaders in this list.

Flipkart Quiz March 9, 2021: To win a lot of prizes, give answers to easy questions, you will also get a voucher

Flipkart Quiz March 9, 2021: To win a lot of prizes, give answers to easy questions, you will also get a voucher