Recently, the Corona report of Sundara (Sunder) of ‘Taarak mehta ka Ooltah Chashmah’ (Mayur Vakani) was positive and after that, Atmaram Bhide i.e. Actor Mandar Chandwadkar also came into the grip of the corona. went.

Mumbai Taarak Mehta Ka Ooltah Chashmah is a TV show that is always in the news. But, the reason for the show being in discussion these days is something else. In fact, the people of the ‘Gokuldham Society’ are seen in difficulty these days. Recently, the Corona report of Sundara (Sunder) of ‘Taarak mehta ka Ooltah Chashmah’ (Mayur Vakani) was positive and after that, Atmaram Bhide i.e. Actor Mandar Chandwadkar also came into the grip of the corona. went. In such a situation, the fellow actors of both are also praying for their quick recovery.

After Mandar Chandwadkar came to Corona positive, the old ‘Sodhi ji’ i.e. ‘Gurcharan Singh Sodhi’ of ‘Tarak Mehta Ka Ooltah Chashmah’ spoke to him and got to know his condition. While talking on a video call with Mandar Chandwadkar, Gurucharan has also shared a screenshot. With which in the caption, he has prayed for the quick recovery of his friend. 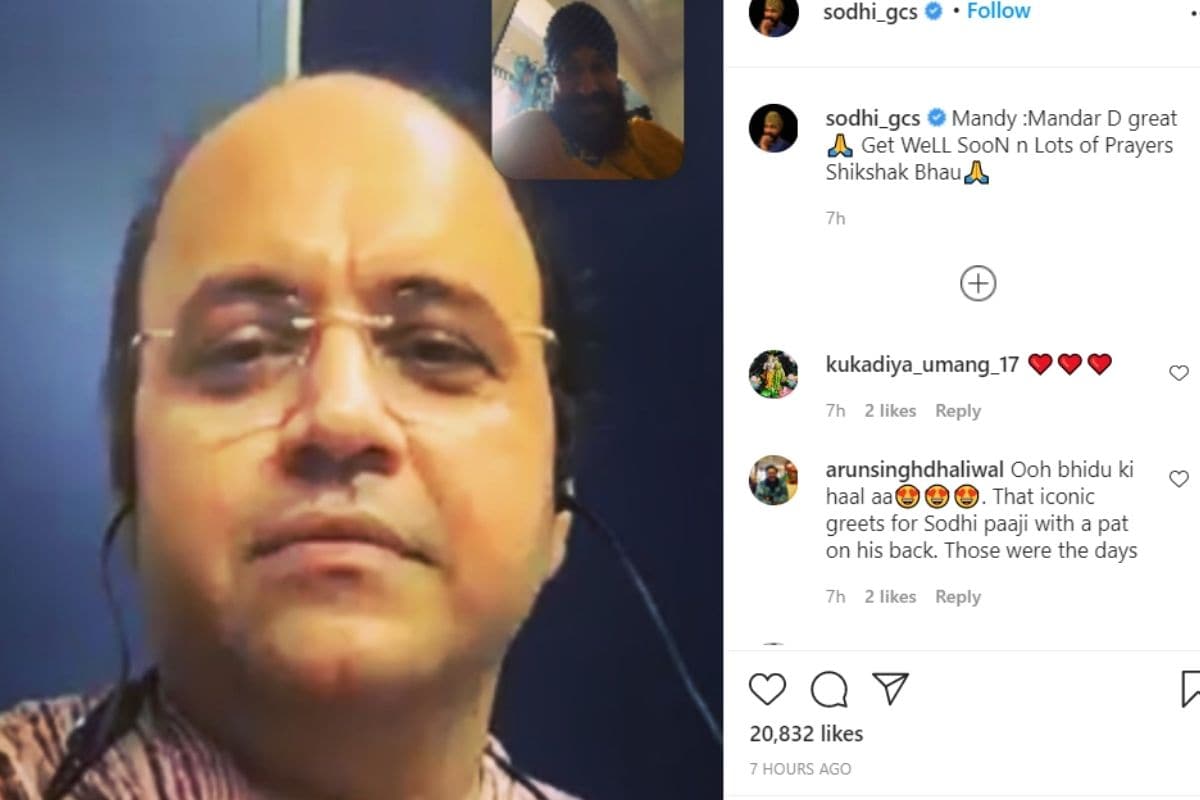 While sharing the photo, the actor wrote- ‘Mandy: Mandar the Great. Get well soon and many prayers for you teacher Babu. Commenting on this post of Gurcharan Singh, fan of actor Mandar is giving best wishes to Chandwadkar and praying for his quick recovery.

It is known that recently, Mandar Chandwadkar was found infected with Corona virus. Since which he has been keeping distance from shooting. After being found corona positive, Mandar Chandwadkar recently shared a video in which he said that he is fine and following the doctor’s stated rules. Along with this, he has also appealed to his fans to follow the Corona guidelines.

Jyotiraditya Scindia’s convoy climbed into a car while a sub-inspector, MP immediately tied the knot with a handkerchief