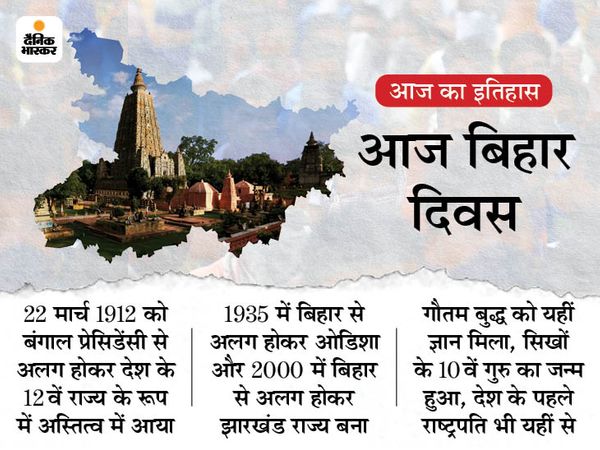 109 years ago, on this day Bengal broke away from the Presidency and formed a new state. It was the 12th state of the country. The name of this state formed in 1912 was Bihar. Therefore, we celebrate today’s day as Bihar Day. Today most countries of the world have a Democratic system of governance. Its beginning is also believed to be from Bihar. In many parts of the world, when people did not even know how to read and write, Nalanda University was the largest center of education at that time.

In the sixth century BC, the rulers of Bihar were elected by the representatives of the people. In 1935, a new state called Orissa came into existence, separated from Bihar. Which is now called Odisha. At the same time, Bihar was again partitioned in 2000 and the state of Jharkhand came into existence. 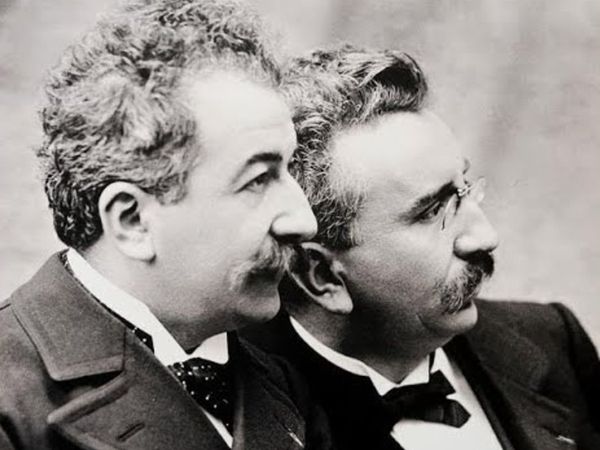 On March 22, 1895, the Lumier Brothers made a public appearance in Paris for the first time.

Film debut for the first time in the world

On March 22, 1895, a film was publicly shown in Paris for the first time. Louis Lumiere recorded a video of workers exiting the factory and shown it at the screening. This technique was also patented by Lumiere Brothers in its own name. This film was just 45 seconds. It attracted around 200 visitors. The film was screened in India in 1896–97.

2005: Famous Tamil film actor Gemini Ganesan passed away. He was nicknamed “Kadal Mannan”, the god of romance, in Tamil cinema for playing romantic roles in films. Ganesan was the father of actress Rekha.

1993: On this day, the United Nations announced to celebrate World Water Day to save water resources.

1977: Prime Minister Indira Gandhi submitted her resignation to the President following a massive defeat of the Congress in the General Elections held after the Emergency.

1960: Two American scientists received a patent for laser ie light application by steamated emission of radiation. It is used in printing, from skin treatment to laser surgery.

1956: In the US, anti-apartheid leader Martin Luther King was jailed for opposing a racist law. Alabama’s black people under King’s leadership boycotted buses plying in the state.

1947: Lord Mountbatten came to India as the last Viceroy.

[1945: The Middle East Asian countries Egypt, Syria, Lebanon, Iraq, Jordan, Saudi Arabia and Yemen together formed the Arab League. The first meeting of the League took place in Cairo, the capital of Egypt.

1934: The first golf tournament was held in Augusta, Georgia. The event was organized by Augusta National Golf Club.

1894: Surya Sen, the revolutionary who led the Chittagong Rebellion, was born.

1890: Ramachandra Chatterjee became the first Indian man to get off the parachute.

1739: Nadir Shah, the emperor of Iran, ordered his army to massacre in Delhi. In history it is known as ‘slaughtering’. This slaughtering lasted for 58 days.