Travel ban in Australia: beheaded by its citizens, stranded in more than 40 thousand other countries; Homeless and starving 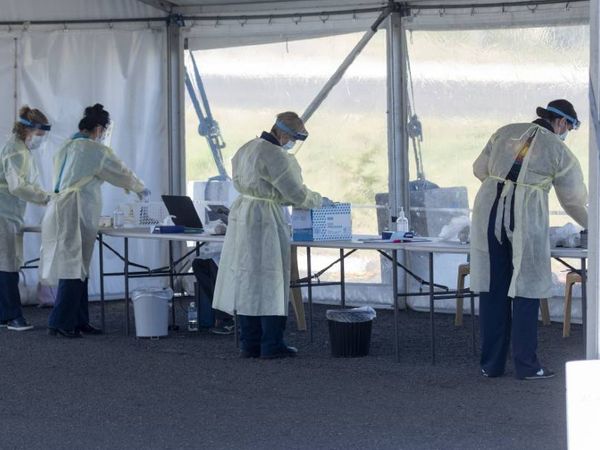 Australia’s government closed the country’s borders to other countries in March last year to prevent corona infection. So the Australian citizens and residents who were in the country were stuck there. After this, the government is allowing a small number of residents to return.

More than 40 thousand Australians are currently stranded in other countries. Most of these jobs are gone. There is a lot of money and the confusion is whether the country will be able to return or not. Bhaskar has spoken to some such people.

Deepak, living in Sydney for 30 years, stranded in India for 14 months
Deepak Poonia, an Australian citizen living in Sydney since 1988, has been stranded in India for 14 months. Deepak, 52, came to Ganganagar in January 2020 to look after his ailing father. Deepak says that his company paid a few days of holidays, which is now closed. Somehow the elderly father is going through savings. There is no money to go back.

Suzanne survives by cleaning the hotel in England
Like Deepak, Suzanne also came to England from Australia in 2019. The intention was to move around and make small traveling expenses. Suddenly there was a lockdown in 2020. Far away to roam, there was lot of food. Suzanne says she got a cleaning job in a hotel. He has been in this hotel for a year. Arrangements have been made to stay and eat in lieu of work.

Two brothers’ brides were trapped in India and both in Australia
The story of the two brothers Mandeep and Sandeep, who hails from Melbourne, is even more intriguing. Mandeep is an Australian citizen, while Sandeep Permanent Resident. The two went to Jind in Haryana to get married last year. After marriage, the two returned to Melbourne, but the wives remained in India. Since then the bride has been in India, the groom in Australia.

Country boundaries and travel ban extended till June 17
The Australian government has sealed the boundaries by 17 June. The Human Bio-Security Emergency has been extended for three months to prevent the virus.