Uttarakhand Chief Minister said – America gave India 200 years | CM of Uttarakhand first talked about enslaving India in America, then said – why did not those who complained of getting less grain produce more children?

Tirath Singh Rawat has been in constant controversy due to his statement of Modi as Ram and the ripped jeans of women. -File.

The new Chief Minister of Uttarakhand, Tirath Singh Rawat, who apologized for making disputed statements on torn jeans, is once again in controversy. In an event held in Ramnagar on Sunday, Rawat said two things. In the first statement, he said that those who produced more children got more ration from the government during the lockdown. At the same time, in the second statement, Rawat said that India was enslaved by the US for 200 years. Tirath spoke in America instead of Britain.

When it was time you produced only two, why didn’t you do 20
CM Rawat made a statement about the government-distributed grain during the lockdown. He said that people were also jealous of the government distributed rice, why 10 kg was given to two members while one quintal of grain was given to 20 members? He said, ‘Brother, who is to blame for this, he has produced 20, you have produced two, so he is getting a quintal, jealous of it. When it was time, you only produced two, why didn’t you do 20?

If PM Modi had no leadership, we would have suffered
At the same time, in the second statement, he said that America kept India as a slave for 200 years. In fact, while praising the leadership of Prime Minister Narendra Modi, Rawat wanted to say that it is because of him that the situation of Corona in India should be controlled. Speaking on the condition of Corona at an event on Sunday, Rawat said, ‘Prime Minister Narendra Modi raised the Alakh. I can say that if there had been some other leadership in his place, what would have happened to India. We would have suffered. He worked to give us relief.

India, a country with a population of 130-35 crores, feels relief today. Than other countries. Where in America we were slaves for 200 years. He ruled the whole world. The sun did not hide, it was said. At this time, he shouts, speaks. More than a quarter of a million died. The country with a population of 12 crore, number 1 in health, is in poor shape. Then heading towards lockdown. ‘ Narendra Modi has done the work to save us, but we also followed him. He said that apply mask, apply sanitizer, wash hands and keep social distancing, then people did.

Tirath has previously compared Modi to Lord Ram
Tirath Singh Rawat, while inaugurating Netra Kumbh in Haridwar, compared Prime Minister Narendra Modi to Lord Ram. He had said that in the coming time we will start treating Narendra Modi as Ram. Rama-Krishna has happened in Dwapara and Treta. Rama also worked for the society, so people started considering him as God. The Prime Minister is doing the same thing inside this country. In the coming times, we will start to consider Narendra Modi in the same form (Lord Ram). 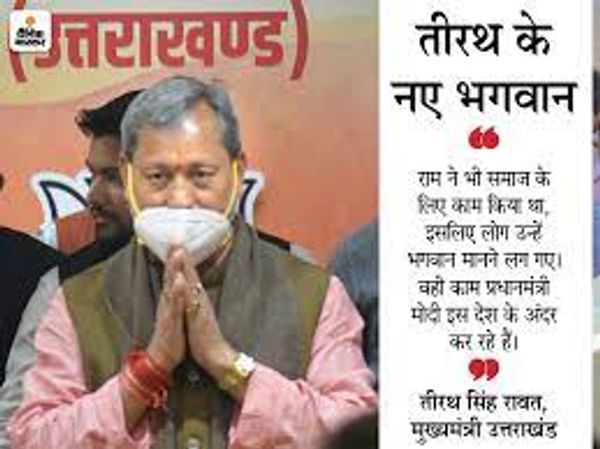 Rawat has apologized by giving a statement with torn jeans
Tirath Singh Rawat objected to the wearing of ripped jeans by women at a workshop in Dehradun on Tuesday. He had said, “Nowadays women also wear torn jeans. How their knees look, how are these rites? Where are these rites coming from? What are children learning from this and what message do women want to give to society. Torn jeans It is leading the way for the breakdown of our society. By this we are giving bad examples to the children, which leads them to the consumption of narcotics. Now we are giving ‘Sculpture with Scissors’ to our children. “

When the whole nation started creating a ruckus on this statement, they had to apologize on Friday evening to stop it. He said that this statement was about the sacraments. If one has to wear torn jeans, he should wear them. If his statement hurts anyone, he apologizes for it. 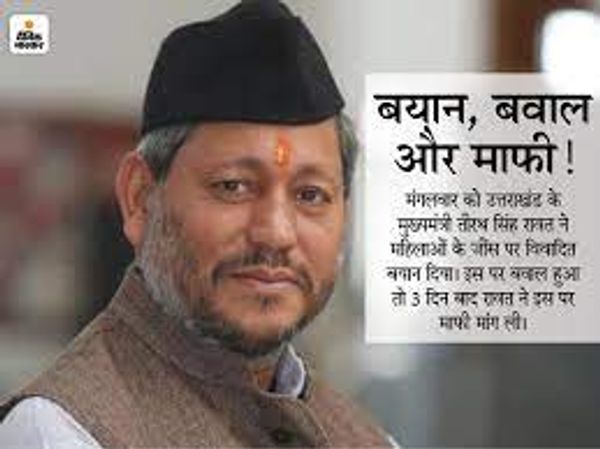 MP Gold Silver Rate: Quite stable prices, know how much will have to be paid today