Vaccine on Quad’s agenda, China on target: All four countries will share their resources to make vaccine, Modi said- Our vision is Vasudhaiv Kutumbakam 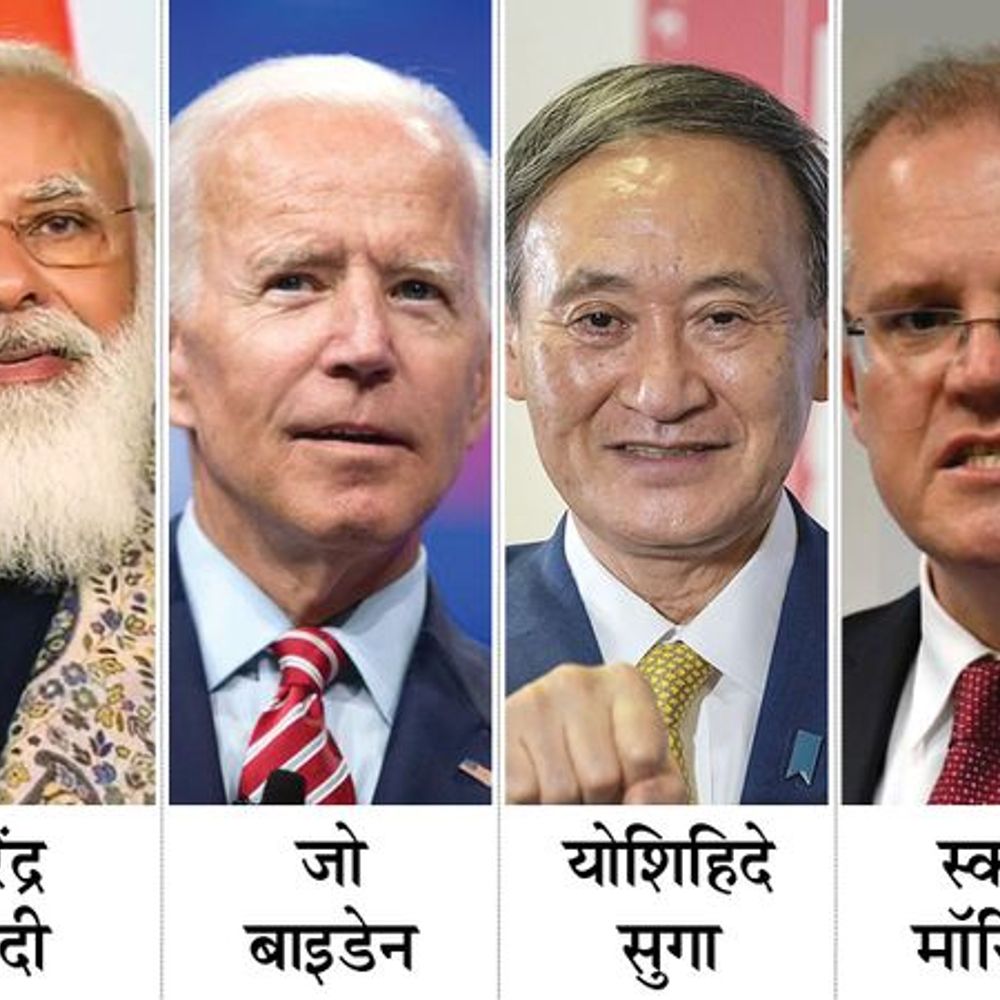 The full name of QUAD is the Quadrilateral Security Dialogue. It is an unofficial strategic group of India, America, Australia and Japan.

In the meeting, Modi was the first to speak. He said that our agenda covers vaccine, climate change and technology development. We will work together to promote shared values, secular, stable and prosperous Indo-Pacific. I see this positive vision as an extension of the ancient philosophy of India ‘Vasudhaiva Kutumbakam’, which treats the world as one family.

Biden said – new partnership in vaccine manufacturing
In a virtual meeting, US President Joe Biden said that the United States is committed to working with you and all of your allies in this region. This group is particularly important because its focus is on practical solutions and tangible results. Free Indo-Pacific Area is important for the future of all our countries. We are going to introduce a new mechanism to meet the challenges of climate change and to increase mutual cooperation.

Biden said that we are starting a big partnership together, which will promote vaccine manufacturing for the benefit of the world. With this partner, vaccination will also be conducted in a more robust manner in the entire Indo-Pacific region.

PM of Australia begins speech with Namaste
Australia’s PM Scott Morrison began his speech with ‘Namaste’. He said that in the 21st century, only the Indo-Pacific region will decide the fate of the world. As leaders of the four great democratic countries of the world, our partnership will increase peace, stability and prosperity. For this, many countries of this region will have to come together and work.

PM of Japan said- peace in Indo-Pacific is necessary
At this meeting, Prime Minister of Japan Yoshihide Suga said that I am emotional about the quad. Our commitment is about the free Indo-Pacific region. We want peace and stability in this area. For this, the support of the four countries is necessary.

Falling economy and climate change will also be discussed
Corona, economy and strategic issues are to be discussed in this meeting. This includes how to overcome the Corona crisis and how to carry forward the declining economy. In this meeting, the four countries will also discuss climate change. All these countries have not had good relations with China.

According to one report, India is the leading nation in vaccine making. India is supplying vaccines to countries around the world. Because of this also India can get the support of the members of the Quad. According to the report, there may also be agreement in all countries regarding the vaccine.

Indian vaccine companies may enter into a financial agreement with US-based pharmaceutical companies Novavax and Johnson. In this meeting, a strategy can be made to fight the new form of corona virus and accelerate vaccination.

There may be talk about cooperation in the Indo-Pacific region
A statement has been issued by the Prime Minister’s Office regarding the meeting. According to the statement, the leaders of the Quad Group will discuss regional and global issues of common interest. In this meeting, the four countries will put forth their views to maintain the position of the Indo-Pacific region. Prime Minister Modi also informed about joining the meeting on social media.

What is QUAD?
The full name of QUAD is the Quadrilateral Security Dialogue. It is an unofficial strategic group of India, America, Australia and Japan. It was formed in 2007. In 2008, the then Prime Minister of Australia, Kevin Rudd, withdrew from the group. The group was not active since then. The group became active again under the leadership of US President Donald Trump over the increasing domination of China.

Tags: a strategy can be made on improved vaccines across the worldCountriesFourFour powerful countries will come on the stage for the first time in the quad meetingquadmeetingtimeworld
Previous Post

WhatsApp call can also be recorded, know the complete process

Best Deal on Ration! Buy pulses and flour for just 1 rupee, sugar will be available for 19 rupees

Best Deal on Ration! Buy pulses and flour for just 1 rupee, sugar will be available for 19 rupees