VIDEO: When the singer sang his popular song ‘Tu Mile’ in front of Nagarjuna, see how the actor’s reaction was

Tu Mile Dil Khile Viral Video: In an event, Anoop Sankar sang the song ‘Tu Mile Dil Dil Khile’ in front of Nagarjuna (Nagarjuna). The video of Anoop’s performance on social media is becoming very viral. Nagarjuna is seen sitting in front in the viral video. He is also seen smiling on the song sung by Anoop.

There have been many veteran actors in South Indian cinema who have gained popularity not only in the country but also abroad. One of these legendary stars is Akkineni Nagarjuna (Nagarjuna Akkineni). Nagarjuna is one of the most famous actors of India, not only of South Cinema. His films prove to be blockbusters. Nagarjuna started his acting career with the Telugu film ‘Sudigundalu’ released in 1967, in which he was seen as a child artist. The actor’s first film as a lead actor was ‘Vikram’, released in 1986, which got a good response from the people. The film was a Telugu remake of Jackie Shroff’s Hindi film Hero. 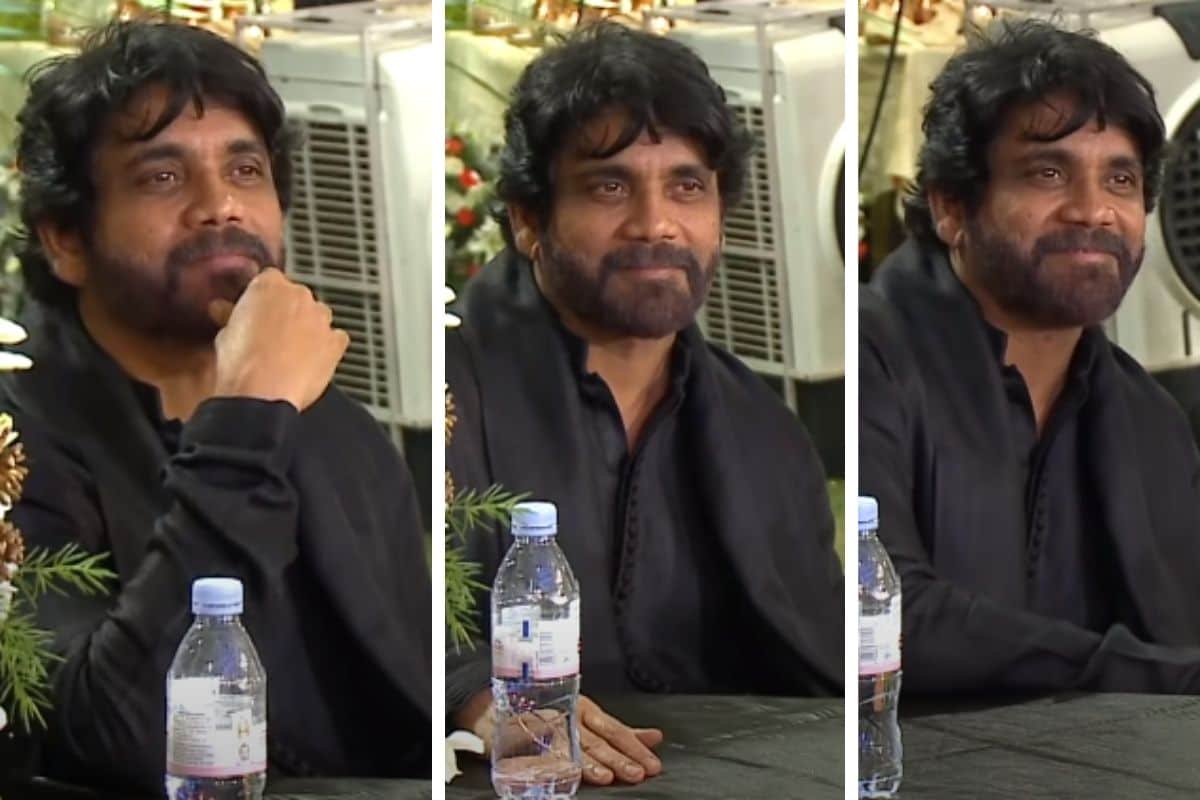 Nagarjuna has worked in Telugu as well as Hindi films in a film career of almost 35 years. The film ‘Criminal’, released in 1995, is one of the successful Bollywood films of the actor. In this film, Manisha Koirala and Ramya Krishnan were also in the lead role. A song from the film, ‘Tu Mile, Dil Khile, Aur Jeene Ko Kya ..’ (Tu Mile Dil Khile, Aur Jeene Ko Kya Chahiye …) proved to be a super hit. This song is Evergreen, which people still like very much. The original song was sung by Kumar Sanu and Alka Yagnik in their beautiful voice, but many singers have sung this song in their own style but this song of South singer Anoop Sankar (Anoop Sankar) The cover is very beautiful.

Who is Anoop Shankar?The version sung by Anoop is very much liked on YouTube. Anoop has now gained considerable recognition in the South Indian film industry. He has also performed stage shows with many veteran singers. During the lockdown last year, in the month of May, Anoop Shankar posted the cover of this song on his YouTube channel, which got a lot of love from the audience. In almost a year, this song has got 2,87,22,732 views. But before releasing this cover, Anoop had a chance to sing this song in front of superstar Nagarjuna.

When Anoop sang ‘Tu mile’ in front of Nagarjuna
In an event, Anoop Shankar sang the song ‘Tu Mile, Dil Khile’ in front of Nagarjuna. The video of Anoop’s performance on social media is becoming very viral. In the last one year, this video has not only caught on YouTube, but also on Facebook and Instagram. Nagarjuna is seen sitting in front in the viral video. He is also seen smiling on the song sung by Anoop. Watch this video going viral on social media.

Viral video of 2017
Actually, the viral video we are talking about is from the year 2017. On the occasion of Diwali, in addition to the Hindi film industry, veteran actors of the film industry also participated in a program of Kalyan Jewelers. Anoop impressed everyone by singing the songs of the celebs sitting in front of the stage in this event. Nagarjuna was also involved in this event. In this episode, Anoop also sang Nagarjuna’s song ‘Tu Mill, Dil Khile’. See the complete performance of Anoop in the event.

What is special for Nagarjuna on the work front?
Nagarjuna is currently in the news for his upcoming film ‘Wild Dog’. Recently the trailer of the film was launched. Nagarjuna plays the special officer of the National Investigation Agency in the film. The film directed by Ahishor Solomon is set for release on the big screen on 2 April 2021.

VIDEO: When the singer sang his popular song ‘Tu Mile’ in front of Nagarjuna, see how the actor’s reaction was

Bhopal: CM Shivraj, who left the streets just before the lockdown, gave this lesson to those who did not wear masks …

Bhopal: CM Shivraj, who left the streets just before the lockdown, gave this lesson to those who did not wear masks ...