Dhansu feature is coming for WhatsApp users! Soon the color of the chat box will be changed, there will be a change in the text

A new feature is coming for the chat box on WhatsApp.

WhatsApp is working on a feature for its users by which they can change the color of the chat box, and at the same time they can also change the text color on the screen.

A very useful feature is coming soon on the Facebook messaging platform WhatsApp (WhatsApp). With this new feature, users can change the theme of the chat box of the app. According to information provided by WABetaInfo, a website that tracks WhatsApp development, users can change the color of the chat box, and also shade the text on the screen dark green. At the moment there is no information about when this feature will be launched. According to the online report, WhatsApp is working on many features.

Recently, there was a report that the instant messaging platform WhatsApp is working on a feature that will allow users to change the playback message of the voice message according to their own. The feature is currently on the beta stage and is being developed for the iOS platform.

(Also read- Samsung’s 6000mAh battery budget smartphone is getting even cheaper than before, will get 4 cameras) 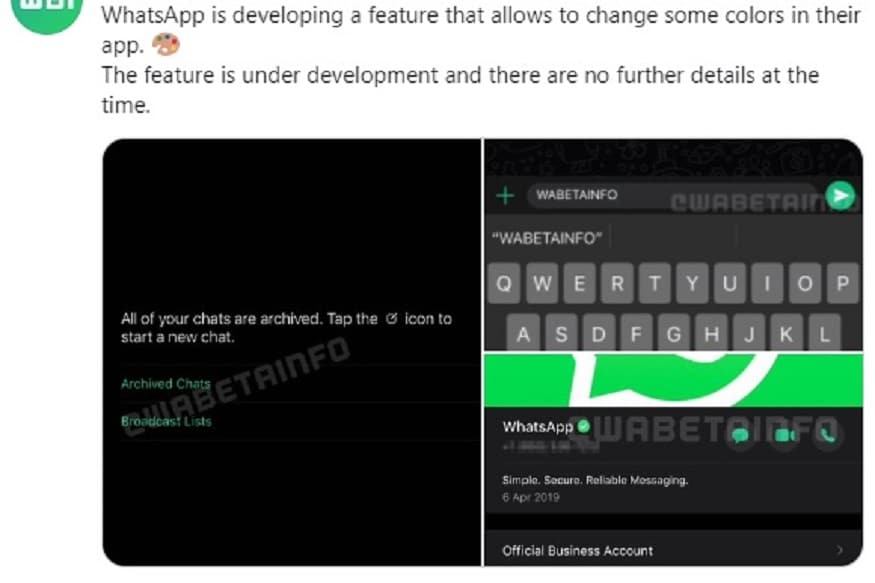 Last month, WhatsApp introduced voice and video calling features for desktop apps. WhatsApp said that the video calling support of the WhatsApp desktop app will support both landscape and portrait orientation. The video will appear as a standalone resize window on the computer screen and the position will remain at the top so that their chat with the users is not missed.

Currently, voice and video calling are only available for one-to-one chat, but soon this group will also be introduced for chat. WhatsApp on Android and iOS allows up to 8 people to join together for video and single calls in group chat.

Today you can find the right answers to these five questions on the Amazon app, Sony’s mirrorless camera

Today you can find the right answers to these five questions on the Amazon app, Sony's mirrorless camera