New Delhi. Footwear giant Bata Shoe Organization has announced the appointment of its India CEO Sandeep Katario as the global CEO on November 30. The company has said in a statement that Kataria is the first Indian to work on a global role in Bata. He will replace Alexis Nasard. Nassard is leaving after serving his position for 5 years. Let us tell you that Kataria was associated with the company in the year 2017 as the CEO of Bata India. Kataria has been made the Global CEO of Bata with immediate effect.

Know who is Sandeep Kataria
An engineering graduate from IIT-Delhi, Kataria is a 1993 PGDBM batch gold medalist from XLRI. He has work experience of 24 years. He has worked for Unilever, Yum Brands and Vodafone in India and Europe. Kataria was in consumer goods company Unilever for 17 years. Prior to joining Bata India, he was the Chief Commercial Officer in Vodafone India.

In July 2017, Sandeep Bata joined India and after two years was made the President of India Region. Bata India’s profits doubled under Kataria’s leadership. Topline growth was also in double digits. He attracted the youth towards him by presenting Bata in a new color and flavour. In 2019-20, the net profit of Bata India was Rs 327 crore and the revenue was Rs 3053 crore.

The first factory in India was opened before independence
Bata King has remained a shoe maker in India for a long time. Although to say this is an MNC company, but its heart is a whole Hindustani. This brand entered the country about 90 years ago today. Bata had opened the first factory in Konnagar, West Bengal, which later shifted to Bataganj. After Bataganj Bihar, five factories including Faridabad (Haryana), Pinaya (Karnataka) and Hosur (Tamil Nadu) started. All these places make cheap, comfortable and sturdy shoes from leather, rubber, canvas and PVC. Bata is one such shoe brand in India which has its own loyal middle class customer community. Know how Bata became the master of the hearts of the world
Bata is a Czech Republic company. It was started by Tomas Bata in 1894. The company came to India in search of rubber and leather. In 1939, the company’s business started from Kolkata. The country’s first shoe machine was installed in Batanagar. Today India is the second largest market of Bata. Bata was listed in June 1973. Its IPO came at 30/share price. Bata has 1375 retail stores in the country in which 8500 employees work. This year the company has sold 5 crore shoes. The company has operations in 90 countries. It has a total of 30000 employees and 5000 stores. Every day one million customers visit the company’s store. 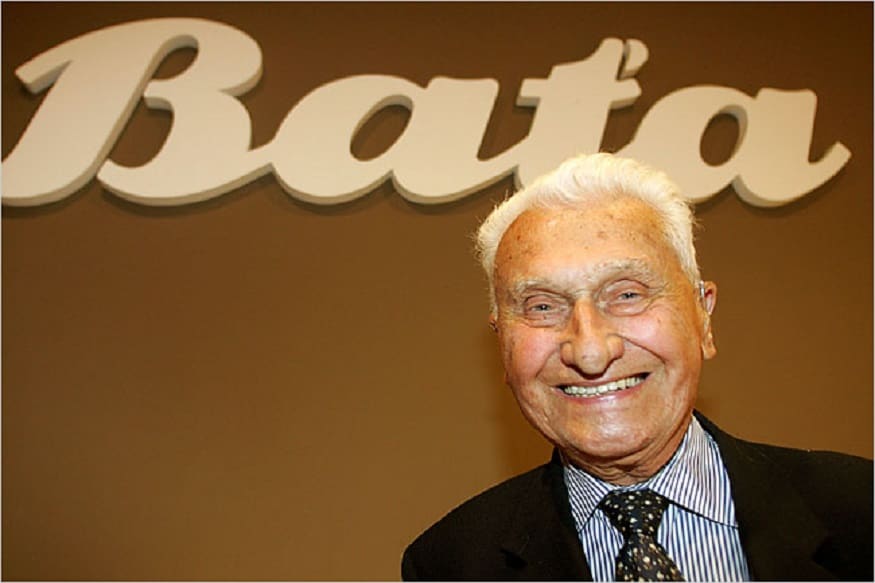 The Story of a Bankrupt Worker to a Boss
The Bata family, living in a small town of Jlin in the European country of Czechoslovakia, had been living by making shoes for many generations. Years passed between conflicts. The family’s fortunes turned in 1894 when son Tomas dreamed big. He enlisted his sister Anna and brother Antonin as his allies to professionalize the family industry. With great difficulty the brothers and sisters persuaded the mother and received $320 from her. After this, he rented two rooms in the village itself, took two sewing machines on installments, bought raw material by taking loan and started business.

Learned work by becoming a laborer in a shoe company
Tomas G. After leaving the business of his siblings, Bata did not let his frustration overwhelm himself and in just 6 years, he brought the work to such a condition that now the shop started falling short. To increase the business, Tomas had to take a huge loan. There also came a time when due to non-payment of loans on time, there was a situation of bankruptcy. In such a situation, Tomas and three of his employees learned to work for six months as laborers in a shoe company in New England. During this, he closely watched the working of many companies and returned home after understanding their functioning. Here he started working in a new way. In 1912, Thomas employed 600 laborers and provided work to hundreds in their homes. Established Bata’s Exclusive Stores, planning for sales along with production.

Also read: Moody’s said – the capital of banks of Asia region will decrease in the next two years, if new investment is not received, there will be a bad effect on Indian banks

After the World War, Bata made tremendous progress and expansion with the formula of reducing prices. Bata’s shoe production increased by about 15 times and spread to about 27 countries. India was also one of them. The retail chain of Bata stores also became a hit and hundreds of its franchises started opening. During this time, Bata expanded the company by making products like socks, leather items, chemicals, tyres, rubber items apart from shoes, thinking 50 years ahead. Now Bata Shu was established as a group rather than just a company. Soon Bata became the world’s largest shoe exporter. Tomas Bata built his headquarters in a building that is considered the tallest concrete building in Europe. On July 12, 56-year-old Tomas Bata died in an air crash. Unfortunately, this accident happened with his plane after it collided with the chimney of one of his buildings.