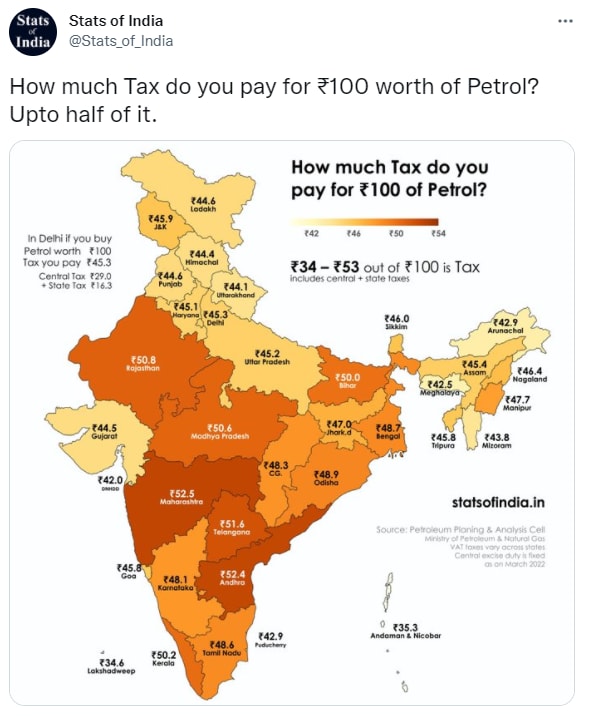 Also read – After EPF, will the scissors now run on the interest of PPF and small savings?

Since the local tax of every state is different, the rates are also different in different states. Take a look at the different rates of tax levied by the states-

how much tax in which state
According to the data of the Petroleum Planning and Analysis Cell under the Ministry of Petroleum, for ₹100 worth of petrol in Delhi, the customer pays ₹45.3, which includes ₹29 central tax and ₹16.3 state tax. Tax is included.

Also read – A great stock is needed for investment, then grab this share of a technology company!

This information has been posted by a Twitter handle named “Stats of India”. Similarly, in Maharashtra, for every ₹100 petrol, people have to pay almost half of this tax.

According to the State of India data, the seven states are Maharashtra (₹52.5), Andhra Pradesh (₹52.4), Telangana (₹51.6), Rajasthan (₹50.8), Madhya Pradesh (₹50.6), Kerala (₹50.2), and Bihar. (₹50) half the price of petrol is charged as tax. In three states, Maharashtra, Andhra Pradesh and Telangana, state taxes are higher than central excise tax.