Also read: Bharat Bandh: Bharat Bandh will be on 28-29 March, understand what will be the effect on you in 7 points

Restaurant on wheels will be open 24 hours

Railway has informed about the commencement of this restaurant by sharing a tweet on its official Twitter handle. Railways wrote in a tweet, “Restaurant on Wheels! Rail coach restaurant started at Bhopal station of West Central Railway. In which travelers and locals can sit and enjoy delicious food with family. 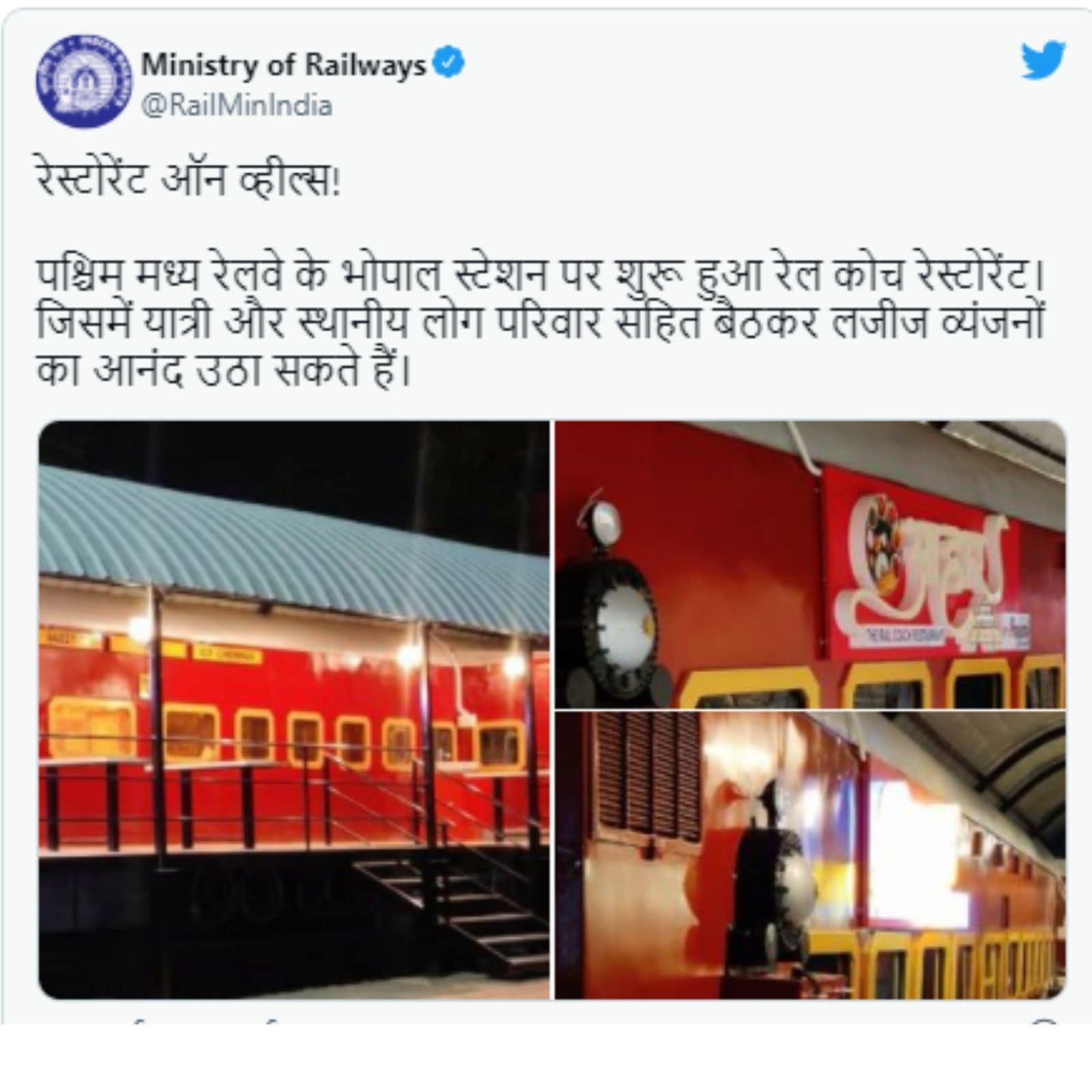 Railway has informed about the commencement of this restaurant by sharing a tweet on its official Twitter handle.

Also read: Manali can be visited cheaply, you will be shocked to know the fare of these hotels

This is its specialty

Rail Coach Restaurant has been revamped with many innovative and modern amenities. It has a seating capacity of 42 people. Sitting in it, you will feel as if you are eating in a restaurant inside the train. Its interior has been designed in such a way that the customers coming here can have a rail travel-like experience.