new Delhi. At present, the condition of the country’s economy is not very special, but despite this, the rich people of the country have made a lot of money. Forbes Magazine has released the list of 100 Richest Indians 2019. This year 6 new names have been included in the list of Forbes 2019. One of these names is the name of Byju Ravindran, the 38-year-old founder of Byju’s – The Learning App. Today we are going to tell you about the success story of Byju’s.

Ravindran, who started this app promoting Self Learning, did his early studies from Malayalam Medium School in Ajikode, Kannur, Kerala State. Maths and Science were his favorite subjects. Even after being the son of a teacher, Byjus never dreamed of becoming a teacher. He had a passion for sports since childhood. For a few years, he worked as a service engineer in a shipping firm. During the holidays, he was preparing some of his friends for the Common Entrance Test (CAT).

Also read: Nirmala Sitharaman said on loopholes in GST – this is the law of the country and everyone has to follow it

…when taught 25 thousand children together in the stadium

After a few days, friends of friends also started requesting him to take CAT class. After this his class became so famous that he left his job and started taking classes from one city to another. Classes from a small room grew into a hall, an auditorium and once it had to be organized into a stadium, where 25,000 students attended classes at once. 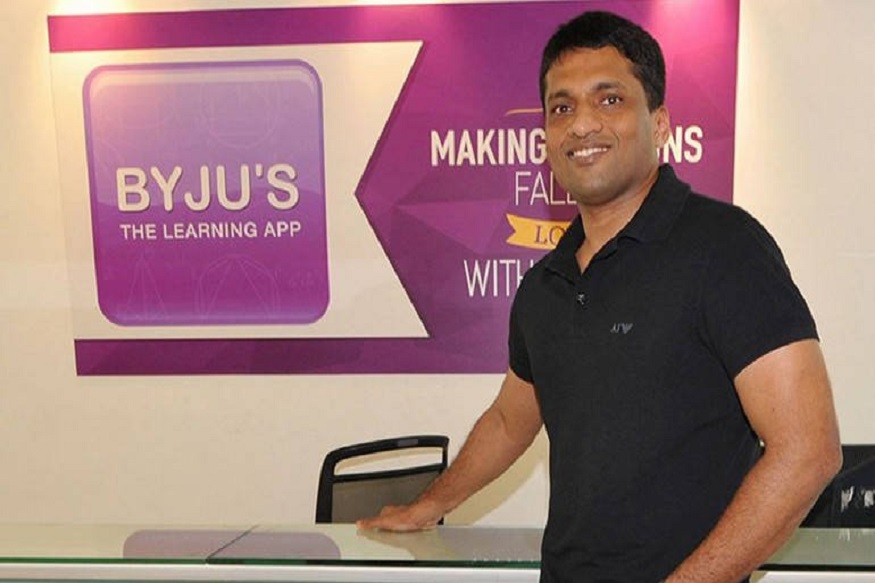 Investors showed interest after launch
In 2015, he launched Byju’s Learning App for school children. From CAT, Civil Services Exam, JEE, NEET to Management Admission Test can be read in this learning app. Investors have invested hand-in-hand in this unique app in itself. Venture capital fund Sequoia Capital and a Belgian investment company had invested $75 million. This was the biggest ever investment in any education startup in India. Many other companies have invested heavily in Byju’s.

Also read: There may be a big change in GST rate and tax slab, your budget will also be affected

In the last four years since its launch, investors have consistently expressed confidence in Byju’s. In the year 2018, the giant investment company Tencent and BCCL invested in Byju’s App. With this, Byju’s became the 11th unicorn company in the country in 2018, with a total valuation of more than $1 billion. After this funding, Byju’s also acquired many small companies. Byju Ravindran acquired a Bengaluru-based math learning startup in July 2018. Apart from this, the startup acquired TutorVista, Edurite, student US-based startup Osmo. So far, New York’s General Atlantic, China’s Tencent, Sequoia Capital, Mark and Chen Zuckerberg Philanthropic Initiative have invested in Byju’s. Byju’s has raised $969.8 million in funding since its launch.

fast growing revenue
Byju’s-The Learning App is one of the few startups in the country, which has grown 100% for three consecutive years. In the financial year 2019, the growth of this company increased to 200 percent. Earlier this year, Byju’s declared that the company’s revenue in FY19 stood at Rs 1,430 crore. Regarding this tremendous revenue of Byju’s, it is being said that more and more students across the country have started liking this app. The number of paid subscribers of this app is increasing rapidly. Also read: Petrol can be expensive! Bad news from Iran after missile attack in oil tanker

Why Byju’s is becoming increasingly popular?
The most important thing about Byju’s being popular is the learning approach. Animation, gamification are used in the videos in this app, which is very much liked among the students. However, for this, the Byjus team had to work hard continuously for four years. At present, students spend on an average more than an hour after logging on to this app. There are a total of 35 million free users on Byjus. At the same time, there are 25 million paid users. The renewal rate of this app is 85 percent, which shows that students renew their subscriptions frequently. More and more subjects, formats and languages ​​are constantly being added to this app.