Pullicharla Hanuma Reddy, a 32-year-old software engineer working in Hyderabad, hails from Prakasam, a backward district in Andhra Pradesh. They have started cultivating their land in that drought-prone area. There he grows guavas of a species native to Taiwan, which uses very little amount of water and Fruit Production is higher. Hanuma goes to his native village on two days off every week and takes care of his farming. In fact, due to lack of water, he had left his land like this, but after coming to Hyderabad, he started to explore new methods of farming. During this time he came to know that by using less water guava can be cultivated And good money can be earned. After that he planted four thousand guava saplings on his six acres of land. He got a good crop within a span of nine months.

Sell ​​guava for Rs 120 per kg- Hanuma uses solar energy in farming, uses drip irrigation system to save water. Now multinational companies are approaching him to buy his crop. 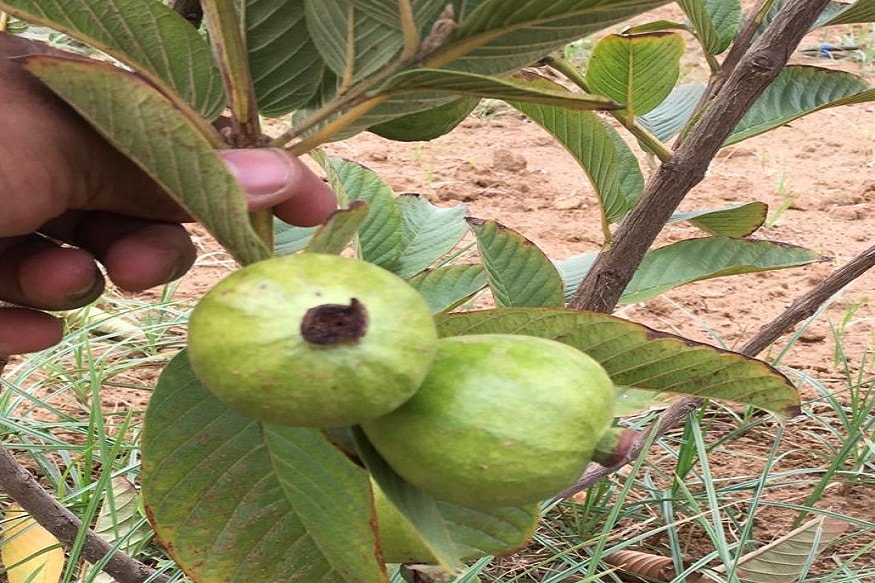 Hanuma Reddy grows guava of a species native to Taiwan

Multinational companies buy guavas from them at the rate of Rs 35 to 40 per kg and the price of these guavas in the market is around Rs 90 to 120 per kg. Doctors say that these guavas give more nutrition than apples. Hence the demand for these guavas is high.

Earn 12 lakh rupees annually- There is a huge water problem in almost all the places in Andhra Pradesh and the monsoon is also not as expected. But Hanuma never faced any problem as he tries to keep the quantity of water as low as possible. This is definitely a new success story for Hanuma. Hanuma Reddy does farming through solar

He invested four lakh rupees in his land and within nine months he earned nine lakh rupees which was twice the investment.

That’s why his friends working in the software industry want to follow his path and adopt farming. Maybe one day it will become their real employment.