new Delhi. Microblogging platform Twitter is constantly adding new features to its messaging section. Last year, Twitter had given features like sending a tweet to 20 contacts simultaneously and removing the timestamp. Now the company has added a new feature to the users in the Direct Message (DM) section. With the help of this feature, now users will be able to pin up to six contacts. That is, now the messages sent by the necessary contacts will appear at the top.

Twitter has announced this feature from its official account. The company wrote in a tweet, “Pin your favorite DM conversations for easy access! You can now pin up to six conversations to the top of your DM inbox.” Let us tell you that before this, users could only pin a conversation at the top of the Direct Message section. This feature has come for all three iOS, Android and Web.

The trend of decline in the share market is like the year 2000, this veteran investor is afraid of market crash 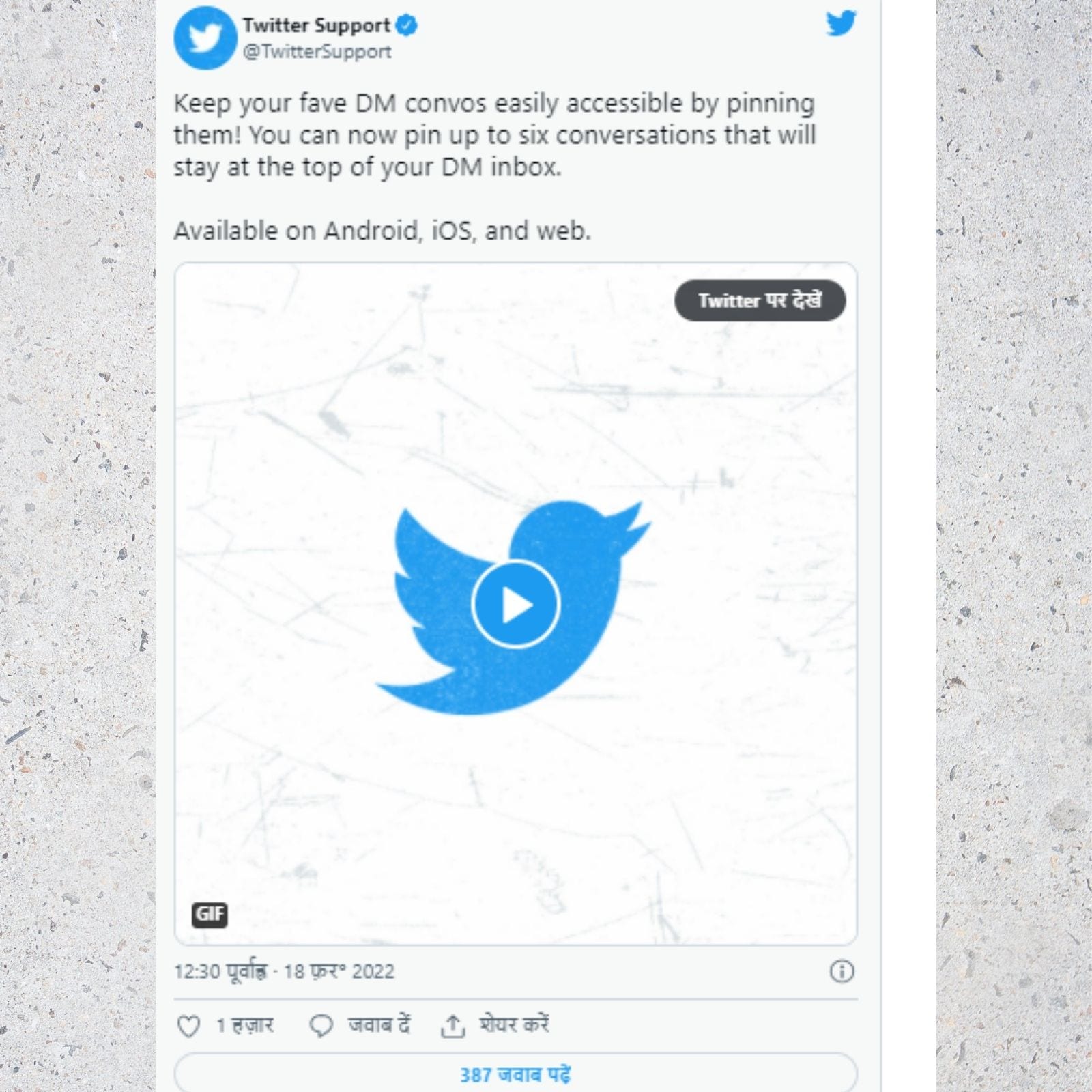 With the help of this feature, now users will be able to pin up to six contacts. That is, now the messages sent by the necessary contacts will appear at the top.

Twitter is constantly giving new features to its users. Last year, Twitter made some changes in DM’s inbox. Recently, the social media platform has partnered with Paytm and users are getting its integration in Twitter. Now users can take the help of Paytm e-wallet key to give tips to their favorite creators.

Also read: Take it, talk: America has told this market of New Delhi, the favorite of millions of Indians, infamous

Now a few days ago news came that Twitter is going to give a new feature to its users soon, with the help of which users will be able to write long articles on Twitter. This feature was spotted by reverse engineer Jane Manchung Wong a few days back. Wong also shared a screenshot of the Twitter article. But, he did not give any detailed information about this new feature. Gadget Analyst says that this new feature has the potential to completely change the way users interact.