New Delhi. As easy as it is to take a gold loan, it is equally painful not to repay it. Banks and NBFCs are going to auction the gold of about 1 lakh such families who are not able to pay on time.

In fact, Muthoot Finance and Manappuram Finance, which hold the largest stake in the gold loan market, have issued notices asking them to auction the gold of defaulters in repayment of loans. It is estimated that the first phase of the auction will start this Wednesday. NBFCs and banks conduct gold auctions of such gold loans every month. Now the gold auction of more than one lakh defaulters will be held on February 16.

Also read – LIC IPO: If you also want to invest, then first know the ABCD of the company, after all, why is the market waiting to lay its eyes?

Is there any sign of economic slowdown?
Experts say that the rising default of gold loans and gold auctions point to an economic slowdown in the country. Millions of people lost their jobs or their business collapsed during the Corona period. Such people took a loan by pledging gold, but due to not getting income again, they are not able to repay it. This is such a financial crunch that is not visible and banks are taking advantage of it.

Varun Gandhi’s taunt… this is the new India
BJP leader Varun Gandhi wrote in a tweet, ‘While pledging his wife’s jewellery, a man’s self-esteem is also mortgaged. The last option is to mortgage the jewelery or house of any Indian. This insensitivity will break the common Indians who are facing the double whammy of the epidemic and inflation. Is this the vision of building a new India?’ 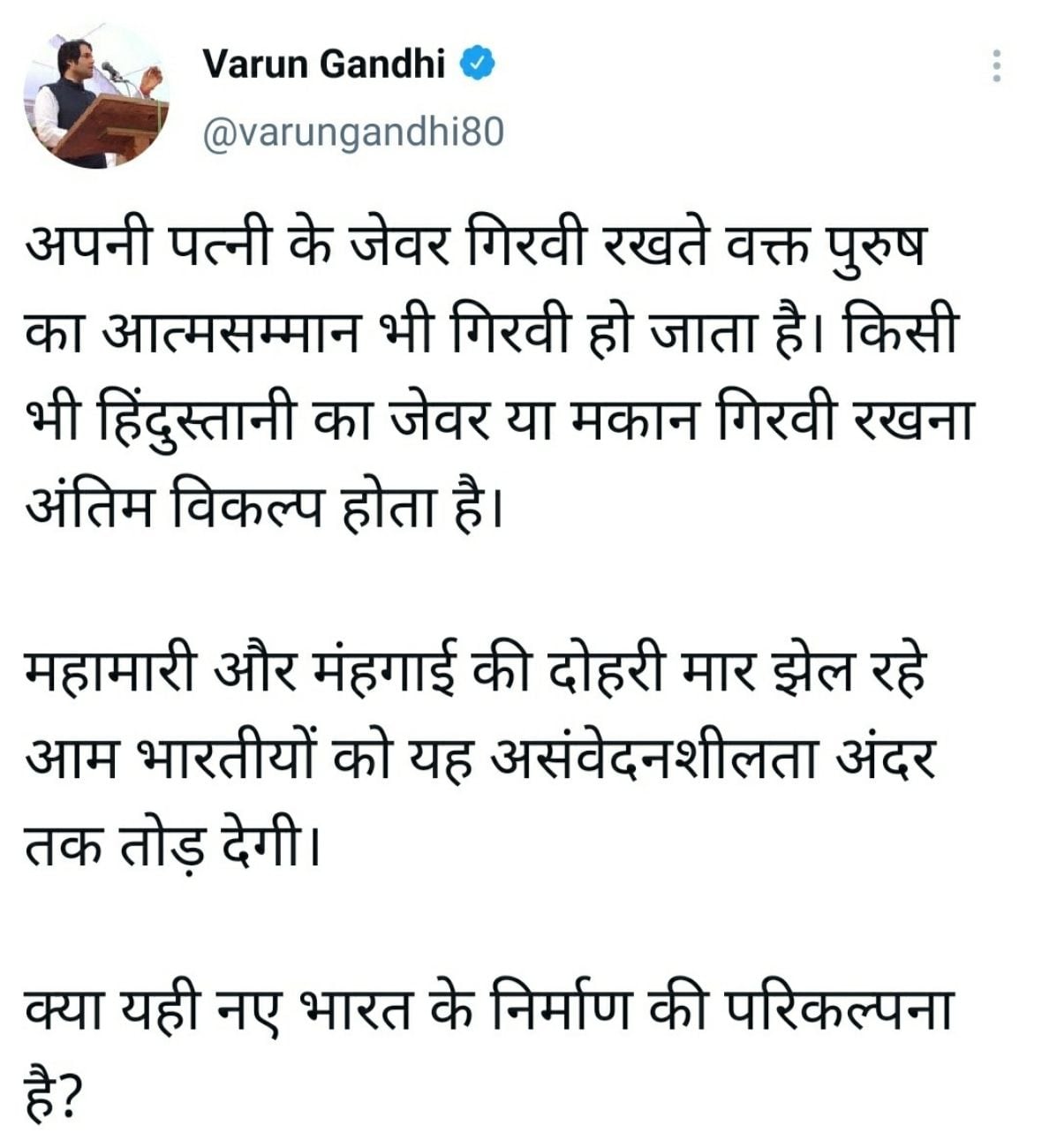 Gold loan demand is increasing rapidly
Data from the Reserve Bank of India (RBI) shows that the trend of gold loans has increased rapidly in the country during the Corona period. January 2020 i.e. just before Kovid, the total gold loan size of the commercial banks of the country was only Rs 29,355 crore. It increased two and a half times to reach 70,871 crores in two years. The total loan portfolio of Muthoot Finance, the country’s largest gold loan company, has increased from Rs 39,096 crore to 61,696 crore during this period.